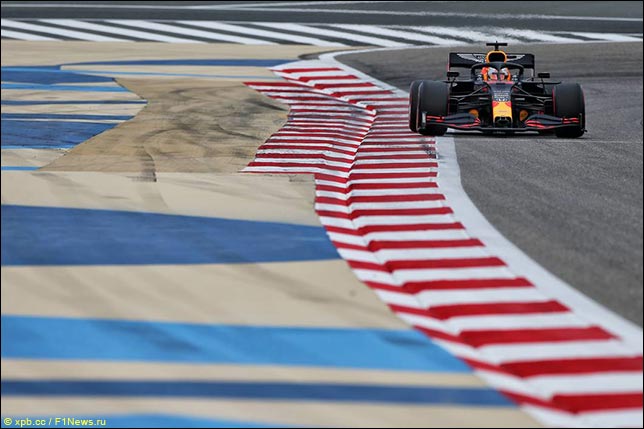 After a 2-hour Formula race, the condition of the asphalt improved, under cloudy air, track temperatures remained relatively low – and the teams had a rare opportunity for Bahrain to work in nearly the same conditions as the qualification was taking place, only during the day.

In the morning, Kvyat and Latifi received new power plants – no fines. Albona after the crash yesterday the team replaced the monocoque.

The FIA ​​decided not to fine more for crossing the track boundaries in the fourth time – the cyclists were able to attack more actively.

Verstappen’s car had a problem with the rear wing upper plate – it vibrated when the cyclist activated DRS. Max returned to the mines twice, but the problem remained.

Max Verstappen led the protocol, having driven the lap in 1: 28.355 – another four tenths to the absolute record.