A week before the planned presentation, the company unexpectedly unveiled two new products – the new Air iPad and the new iPad mini.

Spring is the time for presentations of new Apple services and applications. In 2019, the event will take place on 25 March. Tablets are also usually shown in the March presentation, but this time Apple showed them separately – an iPad mini and iPad Air were presented at the company's headquarters in Cupertino. Correspondent.net says what else to expect from Apple.

20:49 All this! Thanks to everyone, says Tim Cook! And we say thank you for being with us! It was powerful!

20:46 The best presentation in history? Revolution? Or does it make a big impression?

20:44 Oprah will release its projects on Apple TV +. We promise some documentaries about human suffering. Well, the most popular TV presenter in the US on your stage is strong!

20:40 Oooh! Also Oprah Winfrey on stage! Listen to it standing. Does his show happen Apple TV +?

20:39 The Apple TV + trailer will only be available during the fall. 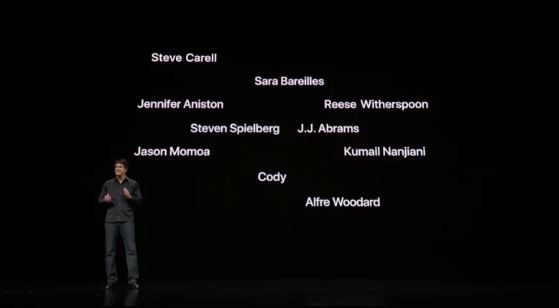 20:30 Now on stage JJ Abrams and Sarah Barilles. They will have a show about a young musician.

20:26 So will Netflix have a competitor? Or Apple will take years to reach Netflix level.

20:24 The Hollywood stars parade continues. Independent comedian Kumail Nanjiani He will also lead the show on Apple TV +. It is called Little America, for migrants.

20:20 This is the exact introduction of False Apple.

20:16 So with each other they will make the Morning Show on Apple TV +?

20:15 And now on stage Reese Witherspoon and Jennifer Aniston. They are running the Morning Show project Apple TV +. 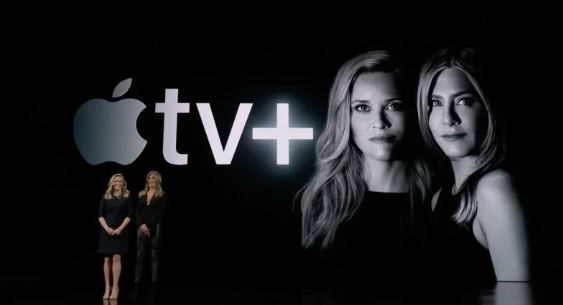 And with them is Steve Carell. 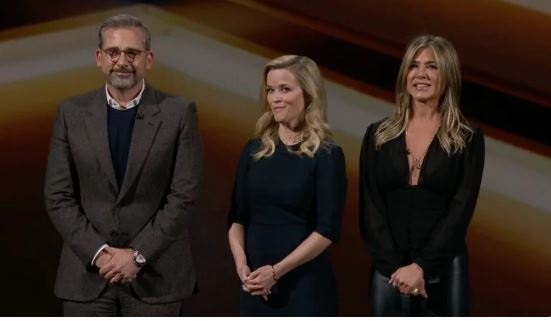 Will it make original TV shows and movies?

The new Apple TV + service is a subscription streaming service.

20:00 The new application will be released in May, you will only need to upgrade. There will also be a new Apple-TV available on Smart TV.

19:46 The game subscription service is called a new game Arcade apple: for mobile, desktop and other devices.

Subscription will open access to over 100 games. They will also be unique.

Apple Arcade will be available in more than 150 countries and regions.

19:38 Apple claims it doesn't know what you're buying. And Goldman Sachs will never distribute and sell your data to third parties.

19:34 For release of the card, Apple signed a contract with Goldman Sachs and the card runs on Mastercard.

19:32 The Apple Card does not have fees for international payments, no deferred fees, no registration fees.

19:31 Every time you use Apple Card, you get money back. Every day! 2% back from each operation! And for orders in the service Apple – 3% money back. There is no cash limit.

19:28 There is no need to go anywhere – just register – and you will receive a software version of a credit card in a few minutes. A credit card can be downloaded to the phone. In the wallet on the IPhone all information about transactions.

An Apple Card has been created on the principles of transparency and security.

This year, Apple will expand coverage to 40 countries Pay Apple.

19:22 If you subscribe to all the magazines that are in the application, you need to pay 8 thousand dollars, but subscribe to Apple News + only 10 dollars a month will cost. The first month is generally free. The countries in which it will work, for: USA, Canada, England, France. In Australia and Europe – later.

19:20 As well as magazines in Wales Apple News + there will be newspapers. The Wall Street Journal, for example.

19:15 We are looking at a new application, showing its design, talking about the benefits of the fact that everything will be truly beautiful. There will be rubbing inside.

They promise that the application will be more than 300 journals.

19:10 And this is the first news! Apple will collect the best magazines and combine them in a new service of the name Apple News +. Cook talks about the power of journalism. The main focus in the new application will be fashion magazines and international news. 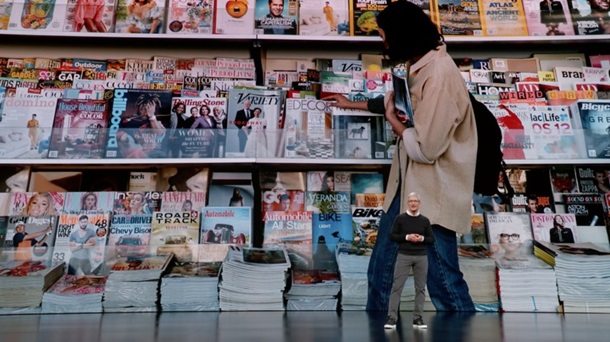 19:07 Praise Apple News. Apple said that special attention was given to honesty news – a stone in the Facebook garden.

5: 5 Cook speaks a lot about the benefits of Apple's services.

18:47 Well, all ready. They say they can show a new credit card from Apple.

18:30 Apple's senior managers are already in the building. 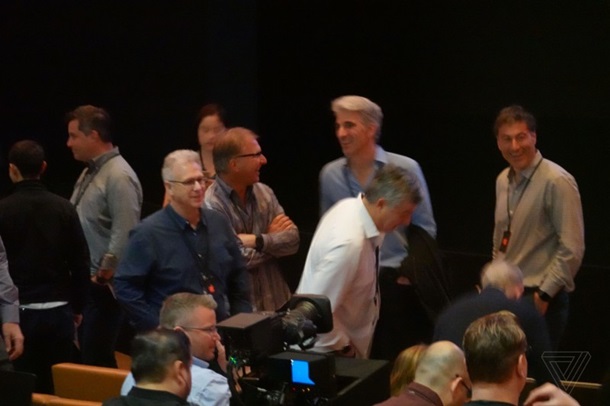 18:20 They then started to show on screen how someone on the navigator goes to Steve Jobs's theater.

Steve Jobs Theater@tim_cook: So are you in Apple Park?@ KDTrey5: Yes.

18:05 People, characters and videos then started to appear on stage and screen, one way or the other linked to the subscription video viewing service, which is expected to be presented in the presentation. Several episodes of the broadcast refer to the show, and according to media reports, the production was produced by Apple.

18:00 On the eve of the new Apple presentation on the company's website, a launch of Steve Jobs's empty theater at Apple's new headquarters in Cupertino was launched. At first, nothing was shown in the broadcast – just a blank step.

Video service: why Apple has a competitor to Netflix

Britain's authoritative agency, Reuters, discovered that Apple was in the presentation under the slogan's show time (the time for the show), which will be held at 7 pm in Kyiv on 25 March. , showing a branded paid video service, which is likely to include a TV subscription.

An apple streaming service will work worldwide from summer 2019 and will become a direct competitor to the world's giants like Netflix and Amazon Prime. It will include TV shows and films that will either be bought or sponsored by Apple. 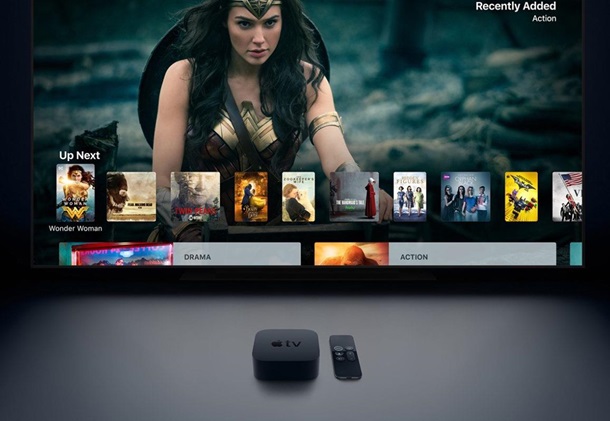 It is worth noting that information about this service has been circulating for a long time. It is known that the company has spent two billion dollars in Hollywood on content for its video service.

The sales of apple products are declining worldwide, and with that stock and the total capitalization of Apple. The iPhone is not eternal in the crowded smart phone market, so the senior managers are looking for new ways to improve its financial position and its credibility.

What else to expect: AirPods 2, credit card services, news and gaming

Meanwhile, 250 biochemists, biologists and medicine teachers from universities around the world have signed a petition to the United Nations and the World Health Organization, which states that devices and other devices can be installed. Wi-Fi distribution, as well as smartphones and wireless headphones lead to cancer, reproductive system pathologies, reducing intellectual abilities. 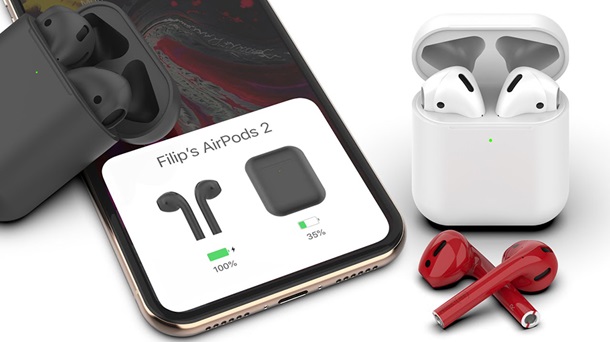 “The AirPods worry me especially – they reveal head tissues to relatively high levels of radio frequency radiation,” says Jerry Phillips, professor of biochemistry and Ph.D. at the University of Colorado.

In addition, with high probability, the company can publish a large intermediate update of the iOS 12.2 operating system. Along with the firmware will be Apple's credit card. However, only US residents are likely to use it.

It is also expected that Apple will display a subscription service based on the earlier purchase of Apple News and Texture. For ten dollars a month, it will open access to the content of leading English newspapers, magazines and online publications.

On 18 March, Apple announced an upgrade of its line of tablets. It's being replenished with a new iPad Air and iPad mini devices with support for the first generation of Apple Pencil pencil. 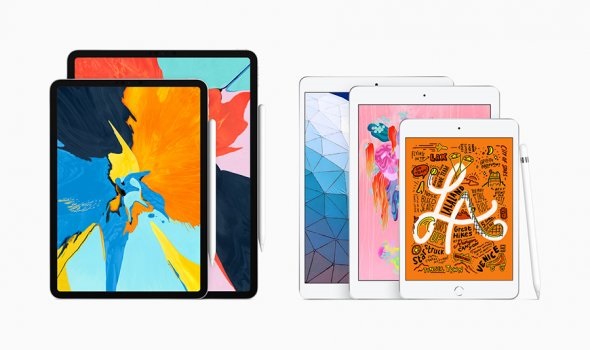 Air iPad: Thin body, 10.5 inch Retina display with True Tone technology (automatically changes the color temperature) and Apple A12 chip Bionig, which, as promised, will increase the performance of the tablet by 70 percent and double its graphic capabilities.

iPad mini: The 7.9-inch Retina screen with True Tone technology, also the A12 chip (includes a 64-bit ARM 6-core microprocessor) and the "highest pixel density in the entire iPad line." It has been located as a "perfect notebook". 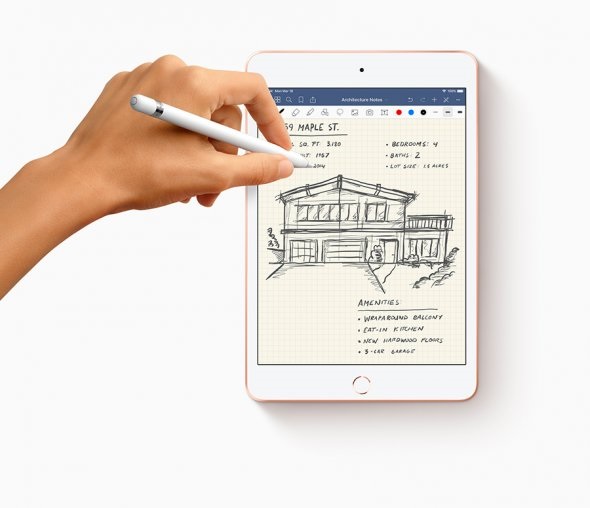 The first generation of Apple Pencil is purchased separately – for $ 100. Also, a smart keyboard is offered to iPad Air – $ 160. 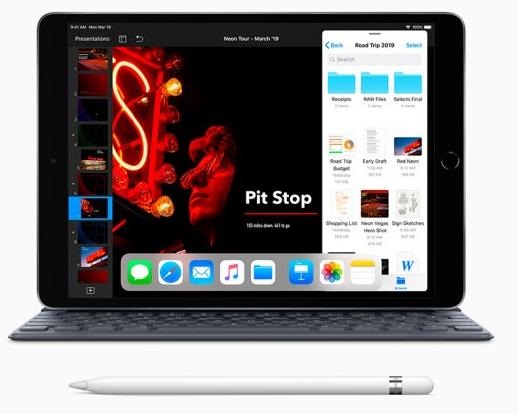 On 19 March, Apple, through its online shop, introduced a new model of the iMac desktop computer. This is the first update of the apples PC in two years.

Display: C retina solution of 4K (in the version with a screen of 21.5 inches) or 5K (27 inches). Promise a billion flowers.

Processor: Intel core the eighth and ninth generation, which is 60 percent more powerful than its predecessor in the 21.5 inch version, and 2.4 times in the 27 inch version; Fast Fusion or SSD-drive in 2 TB. 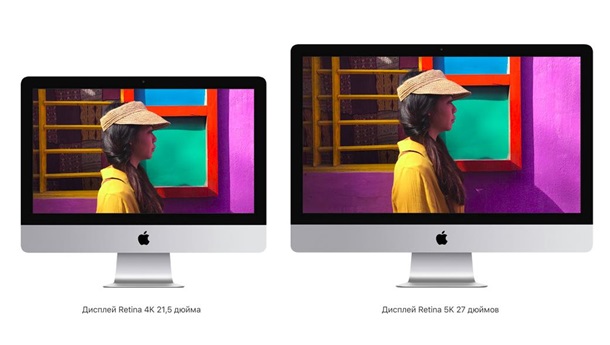