Saudi Arabia's football coach Antonio Bitzi has announced a list of names for the Asian Cup in the United Arab Emirates in January.

It is intended to host the camp at both first stages in East East and will begin on November 12. It will continue until the 18th one month and the second in the Ammanian capital and start immediately after the first step.

Saudi Arabia will play two friendly games during the third phase, the first against Yemen on the 16th of November against Jordan in the 20th of this month. 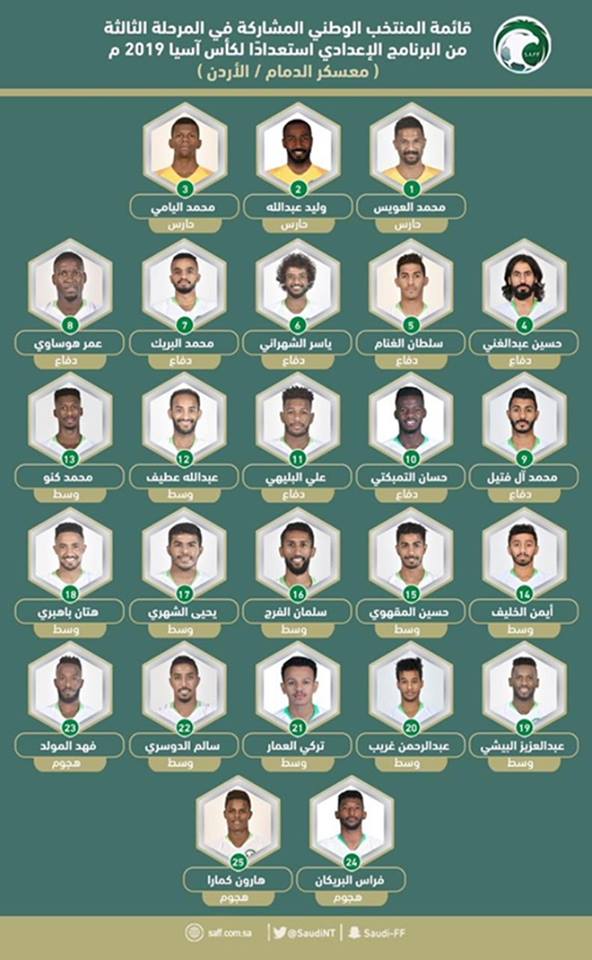