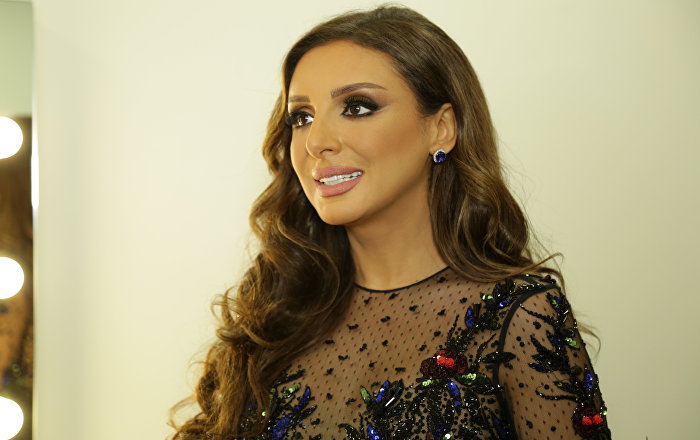 Angham Egyptian singer in Kuwait was seen on Thursday his first appearance since news about his secret marriage was reported.

And surprisingly surprised his audience in Kuwait, within the festival, "February Kuwait", the comments responded positively.

Angham secured the Kuwaiti audience at the beginning of his concert that the Kuwaiti listener was different from any other listener, and had realized this since she had been singing in the Gulf state since her childhood.

"I feel, when I come to Kuwait, that I am in front of a different listener. You've got up on your hands and have been singing in your country since I was big, and I did that realize that there was a difference between the Kuwaiti listener and any other listener, "he said.

Angham told the Kuwaiti audience that she was happy to sing with them, hours after her new album, "A Very Special Condition", produced by Saudi Rotana.

He said he would sing new songs for them for the first time.

Angham has provoked a debate over the last few days, after news about his secret marriage by Ahmed Ibrahim's music distributor, who worked with her on the album.

According to local sources, citing sources near Angham, she had already married Ahmed Ibrahim, but refused to reveal the marriage because she did not like to disclose her personal life in public.

A source near Angham said the marriage was happening in recent weeks. Both traveled to Saudi Arabia to perform Umrah before traveling to the Paris capital of Paris on January 19, coinciding with her birthday.

According to Saudi reports, wife Ahmed Ibrahim, suffered a serious fall after the information about this marriage, and went into hospital.

The singer's husband, Ahmed Ibrahim, was pleased to congratulate on the occasion of his new "Special Condition" album and he published a album of his album on "Ingestram" and wrote: "Congratulations, my girlfriend, our Lord happy and giving you success. "

For his part, Angham replied: "Congratulations to us, love."