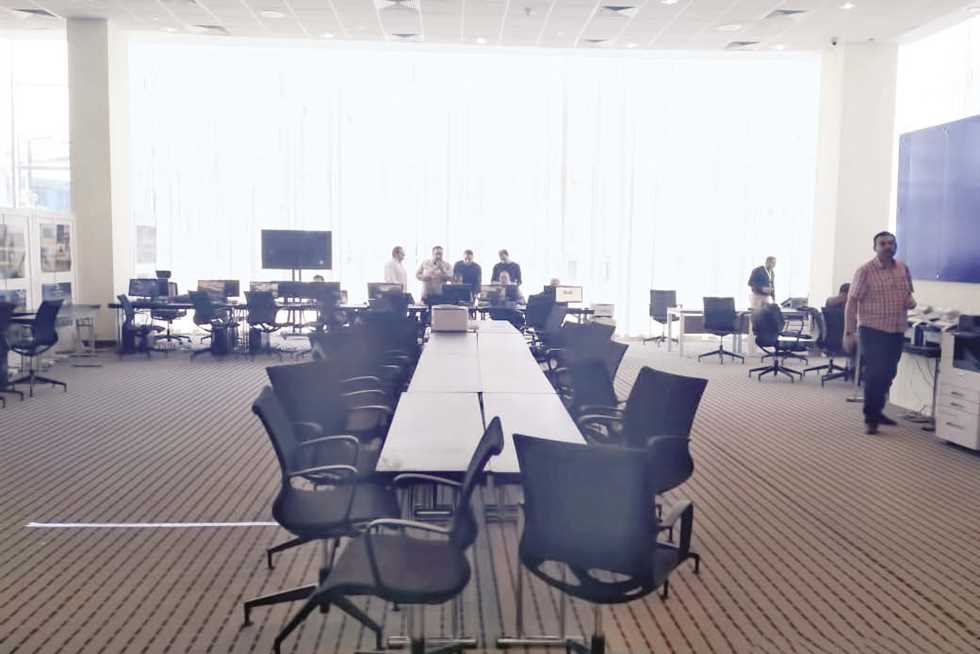 A two-day summit of the Arab-Arabic Summit, held under the "Investing in Stability" slogan, will be held on Sunday in Sharm El-Sheikh with 50 countries, including 22 Arab countries and 28 European countries.

President Abdel Fattah al-Sisi opens the Arab-European summit, an unprecedented historical summit that reflects the current political situation of Egypt on the international scene and its central role in the region, link and meeting place for Arabic and European civilization.

Two-party leaders are trying to strengthen Arab-European relations, as well as a range of common problems and challenges, such as multi-collateral, trade, investment, migration, security and the situation in the region, against terrorism and peace emergencies between the Palestinians and the situation in Syria, Libya and Yemen.

The conference, along with side events between the leaders and participating leaders, will be hosted by the World Conference Center in Sharm el-Sheikh and will include two full sessions and closed session to allocate to regional issues and challenges as well as opening and closing session. The results are presented at a joint conference to the Arab press.

The importance of the summit is twofold: First, it will consist of two neighboring groups of 50 countries, 28 European and 22 Arabians, and call for co-operation and cohesion in all areas because they are closer to each other and with common strategic interests. The second is the size of the challenges that they face with each other and they have to overcome each other.

The summit will discuss different topics, including trade and investment, as well as migration and co-management of intense issues such as security issues, the fight against terrorism and the Palestinian-Israeli conflict, and Egypt All the arrangements for the summit have expired. An extended first session will follow the opening session and the first day will end with an official dinner.

President Abdel Fattah al-Sisi stressed as he recently participated in the Munich Security Conference that co-operation between the Arab and European countries was a long-standing cooperation by virtue of geographical proximity, long-term relationships and interrelationships, which Europe made the largest partner in the Arab region. At different levels and in different areas.

The president noted that this collaboration between the Arab and European regions is important, instability in a Arab region affects Europe, and vice versa. For example, the emergencies of some Arab countries, which resulted in aggravating the phenomenon of illegal immigrants, directly affected In the stability of European countries, and the result is that there is a need for further communication and co-ordination between the two sides to find common land to address the problems and topics of common interest, and thus the European Arab Summit in Sharm el-Sheikh and an important step At this address, she has many other steps.

Overall, the National Information Service (SIS) has prepared an international press center in Sharm El-Sheikh to cover the activities of the European-Arab Summit. Over 750 foreign and Arab correspondents, other than local correspondents, will attend the summit.

Mohammed Emam, Director General of the Information Authority's Press Center, said that the Authority, in coordination with the Ministry of Foreign Affairs and various state institutions, started a month ago to receive applications from 550 foreign correspondents and more than 250 local correspondents representing different foreign, Arab and local media, news agencies and satellite channels. 200 media media correspondents to the heads of Arab and European countries, leaders and governors who take part in the conference, and broadcasting licenses will be introduced to Sharm El Sheikh on arrival.

He added that the Authority had prepared the International Press Center in conjunction with the Ministry of Communications and includes the latest international communications to facilitate the task of correspondents, as well as two operational rooms in Cairo and Sharm El Sheikh airports to receive correspondents and finish procedures and release equipment and customs cameras for each correspondent and overcome barriers to the performance of their work.

Sharm el-Sheikh has prepared its preparations for hosting the guests of the Arab-European summit, which will begin tomorrow, with the participation of heads of state and government and representatives of European and Arab countries.