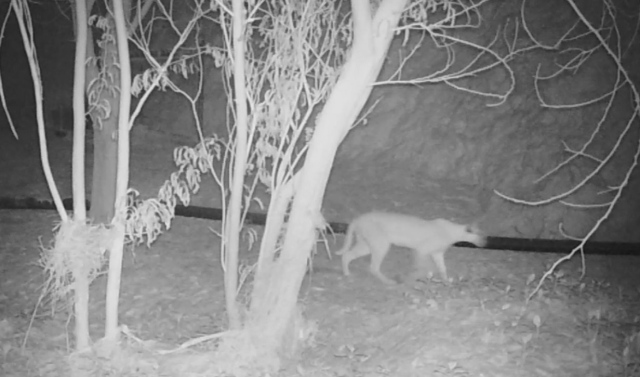 The Lynx Arab images were captured through a special surveillance camera within the network operated by the Authority, which includes more than 45 camera cameras that operate around the clock and automatically collect images when will any body pass through them. This is part of the Commission's long-term program to study and manage protected areas and sensitive habitats throughout the environment throughout Emirate. Although Lynx is known to be an active animal at night, the body has been able to have day and night photographs of males of this species known as small birds under the sun's hunting, rodents and mammals The cold seasons, and can live for a long time without drinking water.

"The conservation of biodiversity and conservation of protected areas in the Emirate is a key priority for EAD. Re-discovering a Arabian lynx in Abu Dhabi highlights the importance of keeping essential habitats in the Emirate," said Dr Sheikha Salem Al Dhahiri, general secretary of the Agency the environment. We are committed to protecting and monitoring local wildlife and ecosystems, which will help us protect the environment for future generations. Our participation in this effort. "

Although Arabic lynx has spread widely throughout the region (usually in mountain areas), its presence in the Arabian Peninsula has become increasingly scarce due to the practices of illegal fishing and habitat destruction. As there were no previous records of this species in the recent past, its drainage in wild areas has been declared through the Red List of Major Species in Abu Dhabi. EAD will continue to monitor this development in order to determine the density of Arabic lynx numbers and gather more information on its scope and distribution.

Jebel Hafeet is the only mountain in Abu Dhabi and has home to different local plants and animals due to its high heights. The mountain was declared a national park in 2017, and last year added to the Zayed Nature Reserve network last year. EAD's efforts in the management and conservation of protected areas, such as Jabal Hafeet, are an important support for the Authority in improving the reality of rare species, such as the Arab Lynx found there.

Menstruation: Scotland is the first country in the world to provide free menstrual supplies

Go publish digital passports for those immunized from Corona – Covid-19