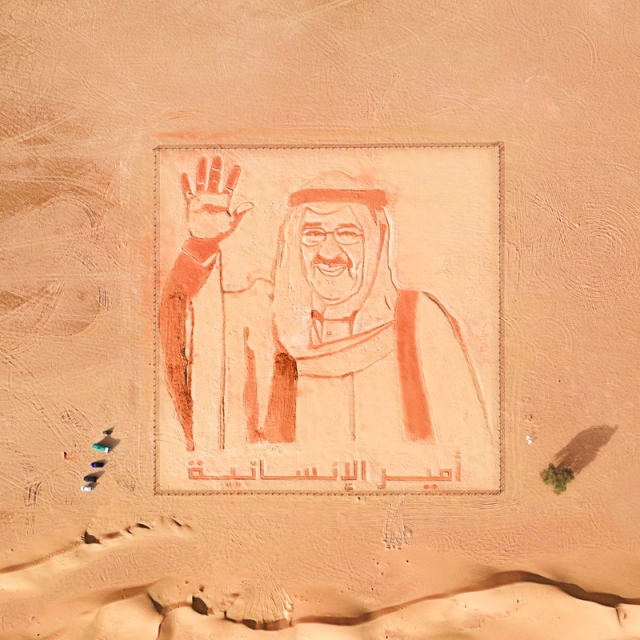 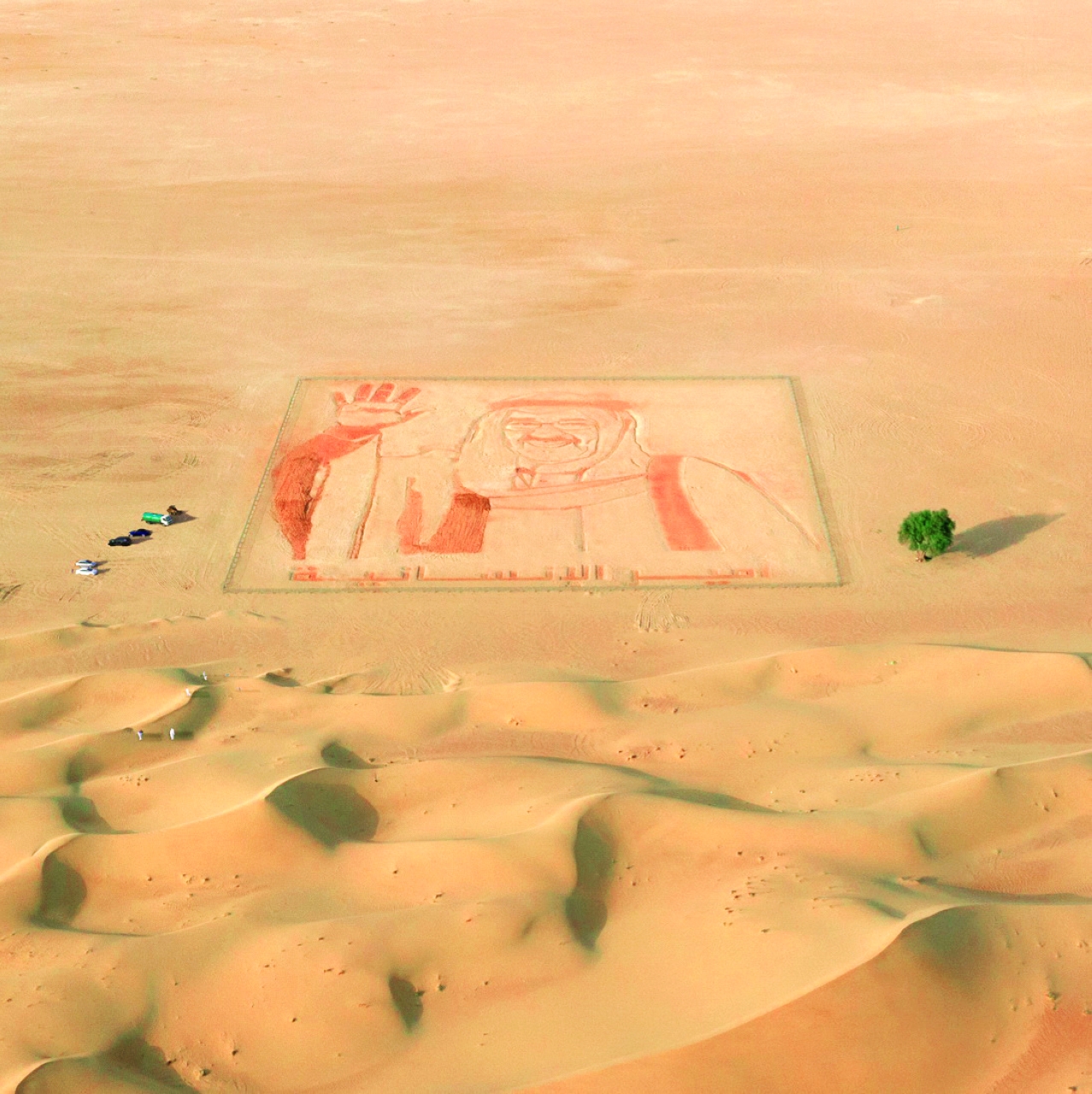 The painting is the largest painting of the world engraving on sand, with an area of ​​more than 170,000 square feet and is a candidate for the Guinness Record Book.

The huge artwork of the outer space can be seen, where the United Arabian satellite Khalifa Sat had a picture of the painting, and its details seemed clear. Sheikh Sabah al-Ahmad came to the first person to see his image of space.

The painting was implemented in the Al-Qudra area of ​​Dubai with high professionalism and professionalism. The massive painting took over 2400 hours of work, and the whole natural sand was used in the form of sandstone in red.

The Arab Emirates and the people and people of Kuwait are eager to take part in the celebration of the National Day, which ends on February 25 each year, reflecting the deep sentence relationship between the both countries and contribute to strengthening bonds of love between the two countries.

This solid relationship has been established over the years and has deepened the relations between the hands after the union was established by the ancestral father of Sheikh Zayed bin Sultan Al Nahyan's base. The historical relationship maintained its strength and stability stubbornly guided by His Highness Sheikh Khalifa bin Zayed President of the United Arab Emirates, Sheikh Sabah Al-Ahmad Al-Jaber Al-Sabah, Emir State of Kuwait.