Our team loses the transport ticket in the "continent continents" Our national team can not reach the finals of the Confederation Cup beach football rounds, after losing in the last last yesterday, compared 9-1, Brazil, to occupy the third white in the first group with 3 points, compared to 9 for Samba in the lead, and 6 points for the Egyptian team, who are eligible to fight the last place in Spain 7-6, and in the second group, Within the Russian and Iran teams apply to the Gold Square, at the expense of the Tahiti and America.

And our team was facing its Brazil under heavy pressure, as its chance to qualify for the finals was related only to the result of the victory, especially after the victory of the Egyptian in the first game in Spain , and despite these pressures, White first started the first half, and was close to the opening of the registration by Walid Mohammed (8), before Samba reflected the assault, and Felipe Dasilva succeeded scoring the first nod (s8). The player added a second goal in the second half (s3).

Our team tried to come back and create some opportunities, but he found strong defense in his difficult way of penetrating, especially as the Brazilian team played with all the stars. Sampa enjoyed the fitness of the third half players, scoring seven times through Igor Milo Rangel twice, Rafael Silva, Mauricio Pereira, Antonio Fernando, goalkeeper Gillesson Britto and Bruno Dasilva. White scored his only goal by Abbas Ali in the last minute. 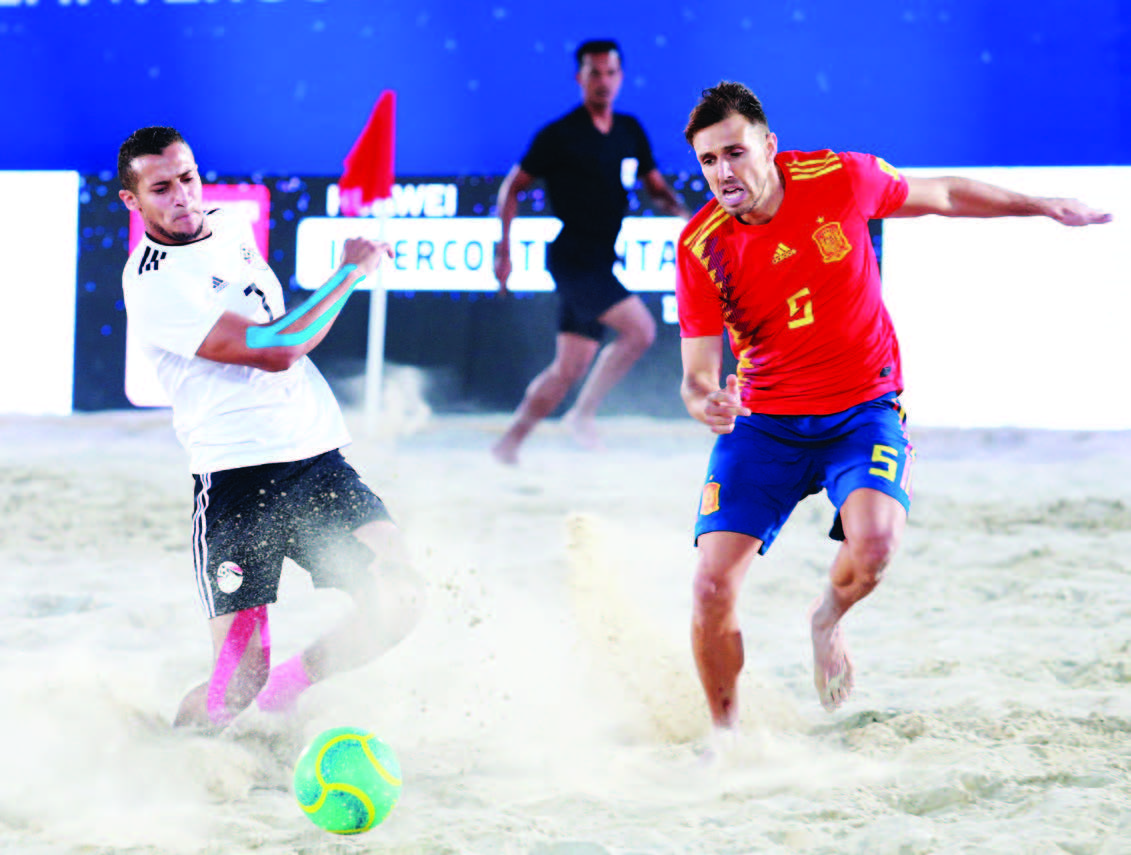 National team coach, Mohammed Al-Mazmi, said the preparations were good for the tournament and that the team went to the eighth edition competition, which is in the best technical and physical preference, as well as the # 39; The previous version, but he succeeded in his back, as well as some arbitration that did not justify him, O the final.

"Our preparations were perfect, I started with the Kuwait camp, a series of friendly games in Dubai with strong teams. Although we have not played in any official tournament since the last edition of the Intercontinental Championship, our preparations have been applied to be final.

Al-Mazmi admitted that the loss of our Egyptian team in the opening game still had the chance to cross the Gold Square, stating that the numbers and possibilities were, the white candidate I won, and added: There were some arbitrary decisions against Egypt, where the referee did not count two penalties for our benefit, The score 1-1, but the main reason is that The performance of our players is lower than expected. "We showed Spain in the second game of our real level, and we came out with a deserved victory, and we managed to deepen the difference to 4 goals, but we did not keep it, and only 5-4 were won.

The first game began for the Egyptian team, which put pressure on the Spanish team, and the players made several attempts to threaten Pablo Lober's goal, until Mustafa Ali scored a long shot at a distance, but Pharaohs did not congratulate the goal Greatly, Javier Torres Molina, the Spaniard, also had a shot balance mark (s 6), and the excitement reached the range when the Pharaohs returned by Mohammed Abdul Nabi from a constant blow to the goal.

The Egyptian team succeeded in the second half well, and Ahmed Al-Shahat added the third goal (s2), but a Spanish team refused to surrender and managed to turn the board in 5 minutes, scoring 3 goals, signed by Edward Suarez Molina (S2) and Javier Torres Molina (S3), and Salvador Ardele (S5), moving on to the 4-3 score level.

Al-Matador continued to scratch the game that scored his fifth goal by David Ardele, before Hassan Mohamed reduced the gap to the Egyptian team in just 10 seconds, but the Spanish team responded quickly to & # 39; the sixth goal, signed by Lorenz Gomez. The third half returned strongly to the Egyptian team, and managed to reach 3 goals by Mustafa Ali twice, and Ahmed Shehat, one goal, to solve the Pharaoh's result of the game for them 7-6.

Our national team will meet with their US counterparts this evening in the first game, to determine the posts from fifth to eighth, while in the second game, Spain will meet Tahitian.