Mona Al Marry: UAE media organizations have been monitoring global trends and taking steps to ensure competitiveness – across the UAE – News and Reports 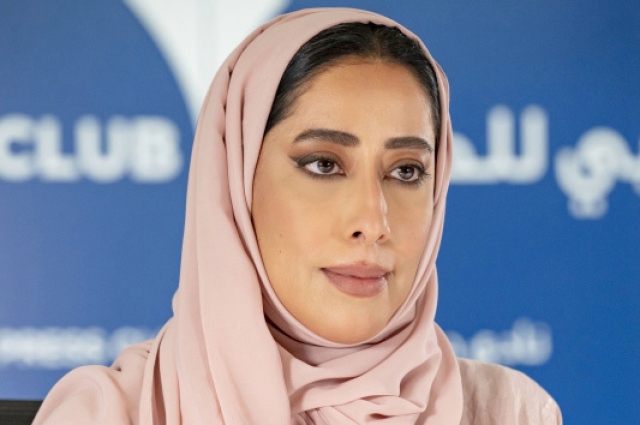 Mona Ghanem Al Marri, Vice President and Managing Director of Dubai Media Council, Director General of the Dubai Government Media Office, confirmed that the UAE had early realized the requirements for keeping up with the Fourth Industrial Revolution, and had proceed with instructions and follow-up on the prudent leadership in enhancing its capabilities in a way that enables it to maintain a well-developed position. Within the various sectors, including the media sector, as UAE media organizations rush to monitor global trends in this area and take steps to ensure that they have competitive boundaries based on sound professional foundations to fulfill development requirements, especially in terms of switching to digital alternatives and launching platforms that keep their balance from trusting the Receiver, and even developing it.

This came during a speech delivered by remote Mona Al-Marri via video communication technology in front of the opening session of the “Future of Media in the World” conference organized by the Ministry of State for Information in the Arab Republic of Egypt and at which Dr. Mustafa Madbouly, Prime Minister of Egypt, and Osama Heikal, Minister of State for Information. And Miguel Moratinos, former Spanish foreign minister and former UN ambassador to the Middle East, with the participation of many government ministers and officials in several countries, executive leaders of media organizations, international media-engaged bodies, and influencers on social media platforms in the region.

Al-Marri noted that the media industry has already crossed the threshold of a new era, its features are clearly beginning to materialize, the most important of which is this massive spread of social media platforms, which enforced new rules for media work , where many traditional media concepts and tools changed, and even changed its image and content, confirming that the next step will be the word “Creativity”, not just in the media industry, but in the whole of human activity with the consolidation of the rules of a knowledge-based economy in light of the huge technological boom that has provided the world with the Internet of Things, blockchain, artificial intelligence and other applications and modern technological solutions.

In her speech, Mona Al-Marri reviewed a set of examples of the latest global trends in media, and cited an example in the television broadcasting sector, which has already made a new turn in its history with the spread of “video-on” services -all “, which amounts to a remarkable development in this area, especially in light of the increase in zoning. The Internet and the spread of fifth-generation networks that will make a big impact in video distribution, citing statistics that expect the value of worldwide “video-on-demand” activity to increase to 80 billion dollars by the year 2024.

During her participation in the Global Media Future conference, the Director General of the Dubai Government Media Office touched on the wide-ranging effects of the current global crisis represented by the spread of the new Corona epidemic on the media sector, as market studies show that this crisis is during the year 2020 contributed to accelerating media development, As precautionary measures applied worldwide in the face of the epidemic forced the creation of new patterns of media consumption that led to an increase in the pace of change to digital alternatives.

He said this shift was calling on media organizations to adapt their positions in line with the new media reality created by this crisis, and to prepare for a new era of growth after overcoming it, bearing in mind that the world is now aiming towards paid media, which increases the challenge and responsibility entrusted to them. Those in charge of media organizations are well prepared to find competitive boundaries that enable them to withstand upcoming competition and help them survive and prove themselves.

He noted that this requires taking a series of measures, the most important of which is to build and strengthen direct communication bridges with the recipient to identify its needs and aspirations, invest in the appropriate technological infrastructure that enables media organizations to enhance the confidence of the media. recipient, and focus on giving it a unique and entertaining experience that encourages loyalty to the content it receives. And justify what it pays in return for a prestigious media service, as well as investing in the preparation of qualified human cadres who can efficiently deal with the data of the time and harness technology to deliver a modern media message.

The one-day conference covered many topics, including how to use communication platforms to deliver government messages to the public and build a reputation, new tools for digital media, checking news and checking its sources using artificial intelligence techniques, and new global trends in content production. For digital platforms, “individual journalism” and work ethics in new media, the role of these media in shaping trends in public opinion, professional competition and the importance of media graduates having skills that enable them to obtain appropriate job opportunities, as well as addressing entrepreneurship and innovation aspects and their future relationships. Social media platforms.

Follow UAE news from the release via Google News