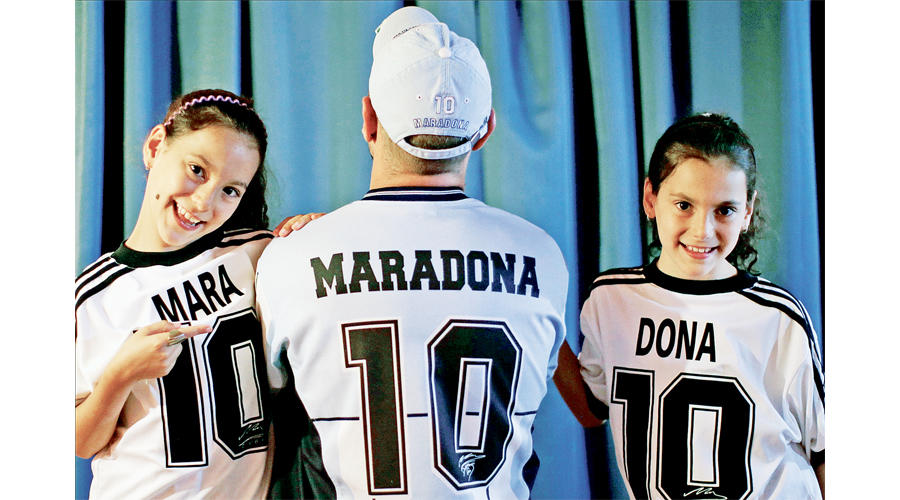 More stories have emerged about the legacy and love of recent Argentine legend Diego Maradona among fans. The Rotondo family, who live in the Argentine capital, Buenos Aires, were revealed after the twins were nicknamed “Maradona”, “Mara” and “Donna”.
The twins’ father, Walter Rotondo, aged 9, said: “He never hesitated to name his two daughters after the Maradona legend, and mentioned that after the birth of his two daughters in 2011, he remembered the promise he made to him himself to name his children after Maradona, after the tears shed from his eyes at the 1990 World Cup after losing to Germany with a penalty kick.
Proudly, Walter showed a photo of the football star holding a picture of the two little girls.
Mara, who is one minute older than her sister, says she loves her name and the reason for the name, and added: “It’s really nice to have this name, and what I like most is why I was called. I feel it’s a great name. ”
While his sister Donna spoke of the sense of shock at the time of Maradona’s death, and said: “I can’t believe he died, he was very good, he didn’t deserve to die.”