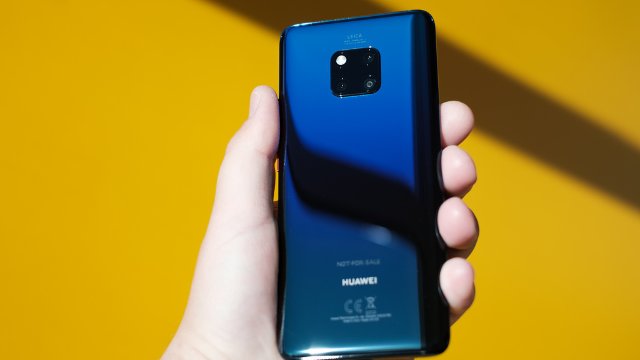 Huawei user left a picture of a Huawei collapse phone that looked like a hanging banner on the land of the World Mobile Congress, which starts tomorrow in Spain.

Huawei confirmed earlier this year his intention to launch a smart phone folding during his conference participation.

The phone will be named "Huawei Mate X" and will come into a design that is different from Samsung's first retractable smartphone design, published two days ago.

Unlike Samsung Fold Galaxy, the image has dropped showing that the Huawei MetX phone will provide a screen that is folded out and not inside, and there is a difference in design in relation to dimensions.

The leaks started for Huawei's intention to launch a smart phone that can be pulled back last year, and the company confirmed itself during the announcement of the fourth quarter of 2018 results and then the phone on the invitation card suggested for its organized event for the MWC 2019.

Watch the first gameplay clip for Cyberpunk 2077 on PS5 and PS4 Pro!

The most popular digital currencies are making a strong comeback … with a formation that raised above $ 19,000 for the first time in 3 years