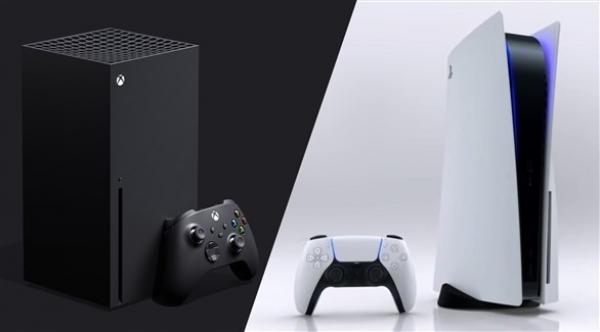 With Sony introducing the new PlayStation 5 gaming console and Microsoft launching the Xbox Series X and Series S, a new era for video game enthusiasts is beginning. And many people are confused when buying a new gaming machine.

Common features
The new generation of games consoles includes fast AGCs that greatly reduce game load times, and games run up to half or a third of the time faster than previous models.

Naturally, the new gaming devices have more computer power in terms of graphics. The new chip allows content to be displayed with greater clarity and a higher image refresh rate, as well as support for Raytracing technology, which makes lighting effects more beautiful and the reflections more realistic.

Investment in the most expensive edition may pay off over time; Because the user can’t play the games used with the Digital Edition model, but the model without Blu-ray Disk player has a more attractive design; Because it’s more symmetrical.

As for the new Microsoft Xbox game console, there are many differences between the two models, as the S Series version comes without a Blu-ray disc player, and includes half of the available memory space in the X Series version, and less computer power, so the content is displayed at lower resolution. Therefore, the S-Series model is suitable for players with small screens, with the advantage of being less resource-intensive, and this model comes at a cost of $ 299.

Which is stronger?
Technical tools and abstract figures show that the most powerful model is Microsoft Series X, at a cost of $ 499; Where the American company confirmed that its new device has a graphics performance of 12.15 teraflops, while the Sony PlayStation 5 has a graphics performance of 10.28 teraflops, in addition the processors are faster in the Xbox Series X with an internal memory space of one terabyte.

But more important than these bare numbers is how gaming devices harness this power. The first tests, conducted by Digital Foundry, confirmed convergence in the performance of the Xbox X Series and the PlayStation 5.

the best games
The availability of games remains one of the weaknesses of this generation of gaming devices to date; As almost all games for the new devices are available for the previous model, whether it’s PlayStation 4 or Xbox One, and the Sony device is pre-installed with Astro’s Playroom and Demon’s Souls edition, many new games are expected to launch in the next few months.

Multinationals are trying to overcome this problem through the game compatibility feature for previous versions of gaming devices; Where the user can play all the games for the PlayStation 4 on Sony’s new version, in addition to the possibility of transferring the results, and the Microsoft Xbox also allows the ability to run some games up to the generation first.

Control unit
While the controller in the new Microsoft Xbox has remained largely intact, the new Sony PlayStation 5 comes with an advanced controller called Dual Sense. The controller includes not only the new design, but also boasts many advanced functions such as During haptic responses, which is especially evident in the Astro Playroom.

Which one do you buy?
The decision to buy a new gaming device is not related to the technical equipment as it is related to the gaming environment available to the user, and the new Sony PlayStation 5 includes a Dual Sense controller with responses touch, while the user can buy the new Microsoft Xbox at a lower cost.