Cancer and colorectal are the third type of cancer 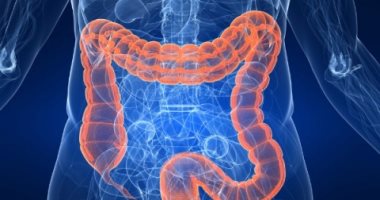 Dr Abdul Aziz Bilal, a professor and head of the oncology department at Alexandria University said colon cancer is the third most common type of cancer. The genetic factor plays a large part in the infection rates. Early detection is one of the most important factors to erase the tumor. Surgical treatment is the basic treatment for eliminating tumors, and then intense chemotherapy to prevent the resumption of the tumor or spread, and the liver is one of the most common areas o thumor.

He noted that therapy played a key role in treating these patients after possible analyzes and needed to prove the possibility of giving this treatment to them, while they were in the treatment of these patients Playing immunotherapy plays a big part in reducing tumors, and studies have shown promising results for the possibility of removing the tumor, There have been studies that have shown higher life rates in these patients compared to patients that are not They have received this treatment, and the problem that most countries face to use new immunotherapy is the high price, so all companies in the world to reduce The value of treatment of importance in these patients.

Dr. revealed Reem Emad, a professor of archeology at the National Institute of Oncology, in a statement to "The Seventh Day" and during the National Institute of Oncology's conference in Cairo, held a session on brain tumors where Professor Riza Forgany, Professor of Diagnostic Radiology in McGill University, On new ways of diagnosing brain tumors.

Brain tumors are treated with surgery, radiation and radiation, which have achieved high-quality outcomes especially among children and young people. Brain tumors account for about 15% of all tumors, and are divided into malignant gestures, small tumors, Doctors to use treatment methods to remove the tumor without side effects affecting future life of the patient.

He said that the use of jumanaev, or radiotherapy, has led to significant development in the treatment of brain tumors, especially cases that can not be removed because of the tumor's location, or the risk of surgery on patient life, noting that brain tumors In children only represents about 5%, and usually affects the back of the brain "Medulloblastoma, and the child needs to perform surgery to eliminate the tumor, or most, and then receiving the treatment of the radiation of the brain and the spine, explaining that early treatment in its initial periods achieves up to 80%.