Al Wasl vs. Al Ahly: Match of the season 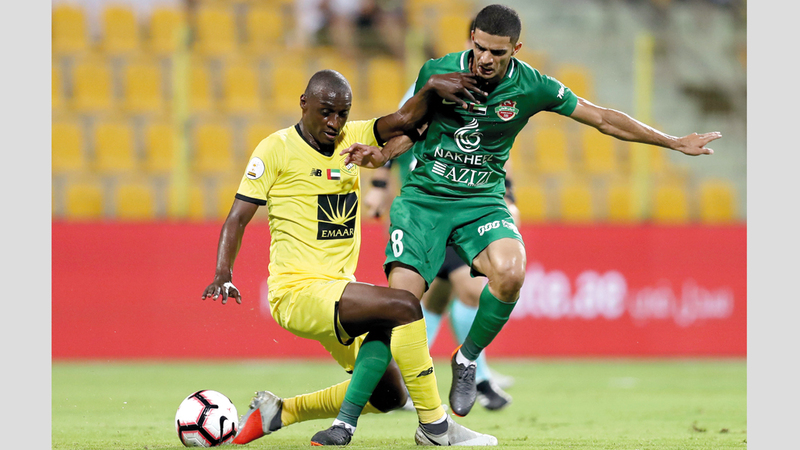 Mohammed Sorour, star Al Wasl, believes that his team team with Al Ahly on Thursday is the season game for Emi emperors.

Al-Ahly will face the Al Wasl team on Thursday at the Zabeel Stadium in the second round of the Zayed Cup for the Champions Championships (Arab Championship).

"We have a great desire to win, but we also have to be aware of Al Ahli's response after losing the title of the CAF Champions League to Esperance," said Al-Wasl.

Al-Wasl added: "Al Ahly is one of the largest clubs in the Arab World, in terms of achievements, and the number of supporters who support him, and there is no doubt that Al Ahly is concentrate on the Zayed Cup to compensate for losing an African Championship. "

"Although Al Wasl had pulled very well in the first leg with two goals, the victory would have given us a bigger advantage if Al Ahli had scored the balance in the deadline, which makes us more careful in the second leg tomorrow, In order to win, and will receive significant support from the Egyptian community in the state, and we know that if we open the stands for Ahli's fans, fill in a stadium whole Zabeel stadium ".

In terms of the strong competition between the fans of Al Ahli and the public at the stadium, their influence on the players and the strength of the game, he said: "The atmosphere will be very nice for us as players, and we are very confident that The supporters of Al Waslawi are very strong and supportive at the Zabeel Stadium. "