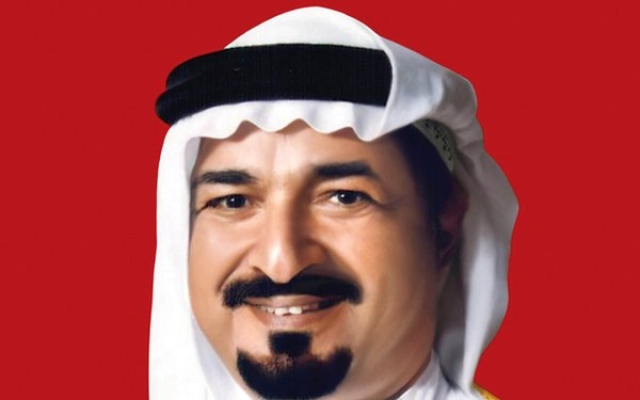 His Highness Sheikh Humaid bin Rashid Al Nuaimi, Member of the Supreme Council and Ajman Manager, says that the martyrdom's birthday means sacrifice, redemption, loyalty and the permanent example we must always remember. The day of the nation leaves loyalty to him and to safeguard the covenant and to confirm our dear country, regardless of how much we give it to children and & # 39; n, Every citizen who gives his home will receive one of both senses, either honorable and honorable in this world, or a certificate to Allaah.

The following is the subject of the High High Speech of Sheikh Humaid bin Rashid Al Nuaimi, which is presented through the National Shield magazine on the occasion of Martyr's Day.

The Martyr Day anniversary means sacrifice, redemption, loyalty and a permanent example that we must always remember. The day of the nation is to renew its loyalty and to safeguard the covenant and to confirm that much of our dear country, no matter how much we provide. In this world, or a certificate for Allaah.

The blood of the prominent martyrdom who has prayed during the duty and supports the right and protecting the brothers is pure blood is the real sign to meet the principles of the brotherhood of the Gulf and the success of the brothers and is & # 39 ; the title of freedom and dignity and that the people of the Arab Emirates know the meaning of the love of country and the security and security and stability and liberation of the oppressed and the sacrifice to raise the banner of truth and dignity.

On the Martyr day, we must remember all his talents, and teach generations to be like him, and remember his sacrifice and courage, and his place in Lord of the World, he is interacting For seventy relatives, and entering Paradise, God forgives him for all his sins in the first blood of blood, His seat of paradise paradise, the martyr at the highest levels of paradise, with & # 39; the prophets and parents and the just. The martyr could be a dad, the brother, the husband, the friend, or whatever. He has a symbol of honor and sacrifice. The martyrdom is honored and honored, and the certificate is a privilege and a sacrifice for the land of the country and a sacred duty. Protecting the homes is a great honor, a great grant, and a high degree, God brings him a chosen elite from slaves. A martyr is called in this name only because he is recognized by the Paradise, or because the angels testify to his death in his honor, and that there is a good conclusion to me; w know.

Our leadership, known to be honored by the grandmothers through the care and care of their families, and the memory of the duty and country martyrdom in gestures and humanitarian initiatives, set up a Family Affairs Office of the nation's grandchildren at the Prince's Office and Abu Dhabi Crown. Martyr's Office mission goes beyond providing services to the families of the martyrons and continuing to remember the vibrant and realistic embodiment of human relations between the people of the Arab Emirates and the wise leadership. The deepest relationship, the martyrs of the memorial organization is the simplest what they offer Emirates to their grandchildren and achievement and recognition and their memory, message to & # The people and the world are that the lives and souls of our precious children are proud of them and their sacrifices and heroes are the role models and model of United Arab Emirates nationals to do the same and contribute to & Her brave brother to raise the nation's flag flying high.

These martyrs have ended their lives – God already – a blessing of salvation, security, peace and peace in our homeland, one of the greatest blessings God has blessed, and to protect abilities and achievements of our country and the achievements of our people.