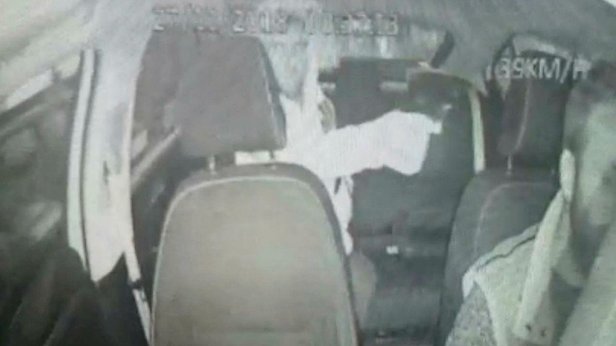 In Istanbul Bayrampasa, the turquoise taxi driver was shot by an armed assault security camera in his vehicle.
The event, Terazidere Mahallesi Çiftehavuzlar Street occurred around 00.30. The turquoise taxi driver, Nihat Elçi, came to a passenger from Beşiktaş to Bayrampaşa. Here, the suspicious person releases Elçi's car as a customer. After traveling with the vehicle for a while, the suspect who took his gun turned off for Elçi's taxi driver for an unknown reason. After the event, the suspect moved quickly from the scene.

He was hospitalized with an ambulance. The ambassador could not be saved, despite the intervention in hospital.

THE POLICE IS ANY SUSPECT IN ANY ALL

Police and police attendant were alerted to the location and investigated. The Bayrampasa Public Protection Teams and Homicide Laws started working to catch the suspect and escape from the location.

In the images that are reflected on camera and vehicle, the skeptic person has to wear as a customer sitting in the back in the vehicle and then burn his gun and Fans to the top of the taxi driver. While Nihat Elçi's taxi driver is still in the blood, the suspicious person looks at the front of the vehicle. Then the suspect moves quickly from the scene and scene.