Another example of efforts to suppress Ekrem İmamoğlu 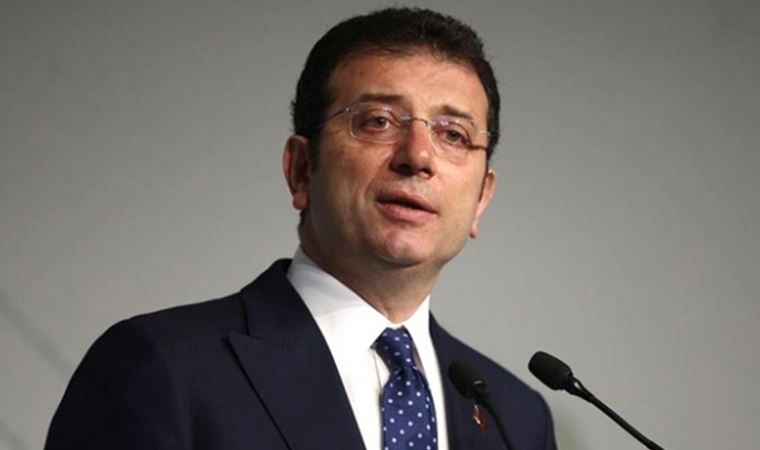 According to the news about Özlem Güvemli from Sözcü; The issue was brought to the agenda ex officio at the session on November 19, under the direction of IMM President Ekrem İmamoğlu.

AKP Legal Commission President Muhammed Kaynar said this was the first time such an application had been made at the IMM Assembly and argued that a decision had to be issued without a report and that this was against the procedures and practices.

Claiming that the files were missing, Kaynar said, “The CHP has a general approach to the mining files. They voted no to all dig files for 25 years. In rejecting these files, they were opposed by the environment, the destruction of nature, and the pollution caused by lorries. It’s not right to be on the agenda in this way, ”he said.

Providing information about the file, IMM Council Member CHP Ülkü Sakalar said they had been speaking at the commission since June 2019, but despite their insistence, none were on the agenda.

Noting that the file brought to the ex officio agenda related to the excavation dump site in Şile Sahilköy, Sakalar said, “Bureaucrats informed the commissions. All files completed, all documents available. Excavation of 4.8 million cubic meters per month is produced in Istanbul every month. It will be disposed of through the IMM company İstaç. Currently, there is a 140-day mining area on the European side and a 10-day mining area on the Asian side. If it rains, the digging area will not be removed in a week. Subway work continues, TBMs are muddy every day.

There will be no space left to pour. One of the files they say they don’t know is from 2017. The file you brought to the agenda has been waiting for 1.5 years. The money was paid to the Ministry of Forestry in December 2018. To date, 52.5 million lira has been paid to the ministry for the forthcoming filings in the legal commission. The files, which were regularly passed through parliament without waiting, are now pending for 1.5 years. “If the file you are on the agenda does not pass parliament, we will face a major environmental crisis on the Asian Side in Istanbul,” he said.

“WHAT TO DO AND BE PREVENT”

IMM Assembly CHP Group Spokesperson Tarık Balyalı said, “Mr Muhammed is telling the truth, there was no such practice before in the IMM Assembly. Because the Ak Party itself has broken and destroyed the IMM Assembly conventions for 25 years and brought it to this point. Since the beginning of this period, we have reduced the number of commission members, who have been 9 for years, to 8, at the request of the AKP, by destroying all conventions. Have we converted IMM property, İmar A.Ş. and KİPTAŞ in the greenhouses trade area with the proposal of municipal council members? We translated. Have you blocked sales of these? You’re blocked. Was there such a convention until today?

There was no custom of keeping the files for the legal commission for 1.5-2 years. We exercise our legal right. They say, where did we stop you? Files are on the commission for 2 years. What else will you do and stop it. You have not provided one mining area for 2 years. There is no place to dump the metro waste, go out and say, where did we stop you? “he expressed his reaction with his words.

“IMM IS NOT AN ORGANIZATION TO MANAGE WITH YOUR CAPRILLS”

Balyalı “IMM is not an organization that can be controlled with your whims and arrogance. Please, everyone should do their job, ”he said. The head of the Law Commission, Muhammet Kaynar, also asked for the proposal brought by the IMM administration to be changed and voted on. At the request of the AKP group a majority in the motion; “During the operation of the mining area, 5 percent of turnover is paid to the district borough, and the fields are not tendered to third parties, and the fields are operated by İstaç” .

Leading the session, İmamoğlu said, “I didn’t understand anything about change. Because such a motion has not been voted on for 25 years. “I did not understand the intent of this proposal, but if the commissions cooperate, I will vote it.” CHP Council Member Fatih Keleş reminded the mining areas of former mining sites and said, “Mining companies must sign a waiver to transfer it to İstaç. Otherwise, IMM cannot cast these fields. It is against the Mining Law. The third parties mentioned are the miners who made this disclaimer. Otherwise, the area cannot be cast. The price is paid by the IMM, the district borough does not pay the price. There is no cost to the district borough.

IMM incurs serious costs for these areas ”. CHP Council Member Filiz Öztürk said the AKP’s proposal was against the law and should not be accepted. After the deliberations, the motion was voted by İmamoğlu. The motion was passed by a majority of the votes with the AKP amendment. After the vote, İmamoğlu said, “A solution has been found for this process which is pressing Istanbul over the upcoming mining areas. However, what has been talked about and discussed is the shortcomings of the commission you live in, I leave this debate between you. I hope all the files pending in December will pass, ”he said.

The first visuals of the Huawei P50 Pro design!

This is the final version of Mehmet Ali Erbil … – Milliyet