And the Gypsy Girl has arrived – Breaking News 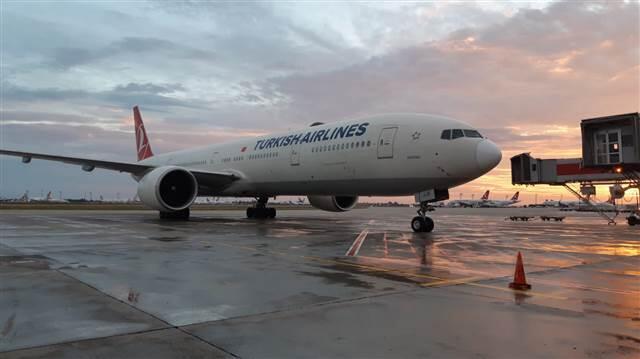 In accordance with the agreement signed between the Ministry of Culture and Tourism and the State of the Bowling Green State, 12 pieces of Zeugma Mosaics were introduced to Turkish officials at an airport ceremony in Chicago, USA.

Airplane in the airport from carefully loading mosaic pieces were sent to Turkey.

The inside of the containers on the plane reaches the Atatürk Airport from the cargo area.

Parts that have loaded the vehicles will be transported to the apron where they will move to Gaziantep.

Zeugma Mosaics that was taken over during illegal excavations in Zeugma Ruins in the 1960s and bought by Peter Marks' art dealer in 1965 by Bowling Green State University for 35 thousand dollars. It was displayed in a furnished state.

Turkish Airlines Press Counselor of Yahya Superior of Twitter counts "the historic heritage of our country, Gypsy Girl Mosaic will definitely lose pieces in Chicago – Istanbul we come back home with flight As a Turkish carrier banner, we continue to contribute to all values ​​that these landowners … "share

PAD also made the following statement:

"Turkish Airlines has returned the lost parts of the Gypsy Girl Mosaic in the United States to its territory.

Zeugma mosaics between Turkey's historic heritage and the introduction of the second century BC, the rest of the Gypsy Girl Mosaic will certainly miss parts, Turkish Airlines TK6 Chicago flight number – are stolen to Turkey with the flight of Istanbul.

Turkish Airlines, the flagship carrier airline, who lived in Turkey and Anatolian Geography civilization, will have historical significance for Gypsy Girl Mosaic certainly missing pieces in the US state of the United States coming back to Turkey. Chicago – Istanbul flight on November 27 transportation parts to Turkey, are brought to Gaziantep from Istanbul to be presented to the museum exhibitor Zeugma Mosaic. Turkish Airlines sponsored the Ministry of Culture and Tourism in this special operation.

The lost parts of the Gypsy Mosaic Brief, designed in the second century BC and preserved its impressive image today, have been prepared for the tour with the techniques used by Turkish Airlines in special cargo operations. The pieces that weighed 1.3 tonnes were placed in wood crackers, wrapped in special papers that would not damage the historic fabric. Boeing 777-300ER passenger aircraft were not transported to Istanbul for cargo transport.

Among the lost pieces that were hijacked 47 years ago from Gaziantep, it is believed that they form the environment of the Gypsy Girl Mosaic; It includes 12 paths such as Young Satire, Pan Mask, Female Theater Mask, Indian Peacock, Mason Mascot and Bird Holding in Beak.

Culture and Tourism Ministry, hard work, the result shown for six years in the US, Turkey to re-acquire the parts of the world with 1,700 square meters of space, the second largest mosaic museum in Zeugma by Airlines Turkish showcase at Mosaic Museum being brought to Gaziantep. "