A ferry stops in Izmir because of a storm 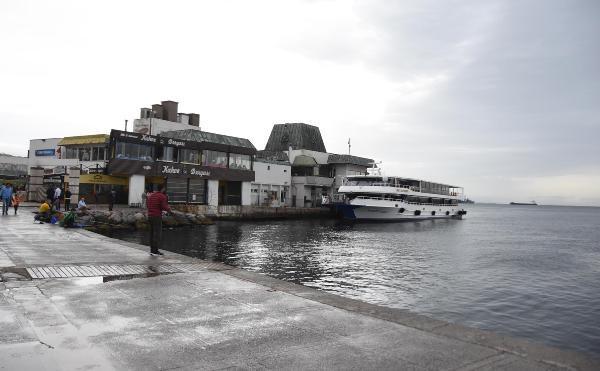 The severe storm that warned the 2nd Regional Directorate of Izmir Meteorology was effective in the city from noon. Due to the storm, the Metropolitan Municipal İZDENİZ abolished the ferry service.

Because of the storm in Konak town, Kazim Dirik's neighborhood was reversed. The overturned tree fell on the vehicle, damaging the workplace tents. The absence of anyone on the pavement prevented any loss of life or possible injury.

Stalls established by the Izmir National Education Directorate in Konak Square were demolished by the effect of the wind. The storm was sometimes losing its intensity. Regional Directorate of Meteorology, the severe storm will show the effect until Monday night hours announced.