"Only Taiwan is going to face it. We should make friends with China, Japan and the United States at the same time." Su Qi talks about Tsai Ing-wen and the world to restrict China – Wind Media 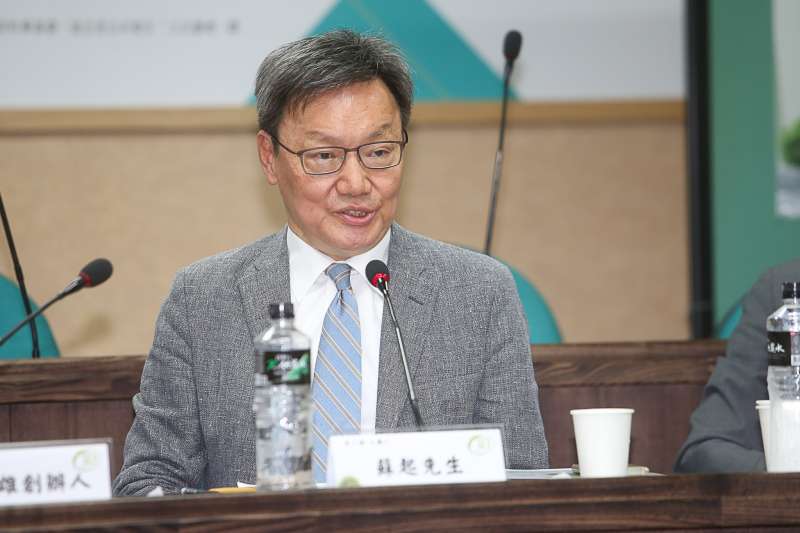 "Only Taiwan is going to face it. We should make friends with China, Japan and the United States at the same time." Su Qi talks about the global Tsai Ing-wen and limits China's wind media.

President Tsai Ing-wen recently received a unique interview with AFP, saying he wants to merge the international community to restrict China's hegemon. Former Secretary General of the Su Qijin National Security Council (27) said that all Asian countries make friends with the US and make friends with the mainland. Only Taiwan is moving to the other address. He noted that cross-link connections are not indispensable. We can make friends with China and Japan at the same time. Su Qijin attended a press conference Yang Yongming, former Deputy Secretary General of the National Security Council, "The Rise of Asia". Su Qi said that both sides had come into a cold confrontation, not a cold peace. Tsai Ing-wen's recent talks are called "China" rather than "China" and are already a concept of "one country on one side." "The President of Tsai has not asked the other 70% of his opinion." Tsai Ing-wen hopes that the international community will restrict China and reduce or prevent the expansion of China's hypocrisy. Su Qi, instead of military, said Taiwan was facing almost Chinese mainland. This is very bad and unsuitable. He added that only 30% of Tsai Ing-wen support. In Taiwan, she did not ask for the other 70% of opinion. It is "very inappropriate" to full confrontation with the mainland. In the voice of the media today, "The Taiwan Affairs Office of the State Council responded to" restrictions "to expand China's hegemonic power." The president and party chairman Tsai Ing-wen attended the regular meeting of the DPP. (Photo by Chen Mingren) In addition, Tsai Ing-wen has released goodwill at the interview. He thought China should speak to Taiwan. Despite the increasing tension on both sides of the Taiwan River, she is still ready to co-operate with Chinese President Xi Jinping despite restrictions and no political conditions. Meeting.