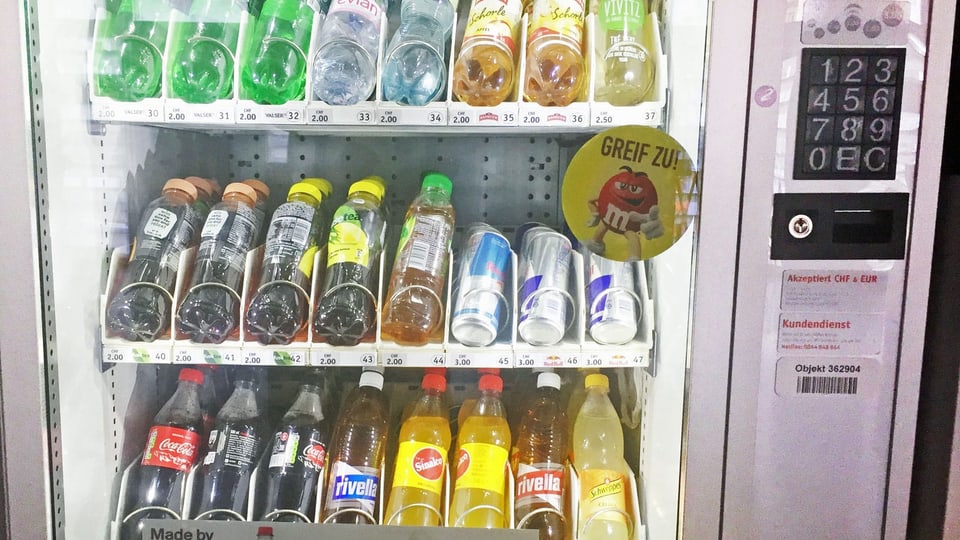 Machine operator can not offer a hidden increase in price of the sweet drink giant.

They stand in railway stations or in large companies and they have intended for the thirst or spontaneous hunger. There are about 8,000 Selecta machines in Switzerland. From April onwards, Coca-Cola and Coca-Cola Zero will be much smaller in the drinks range.

Other products like Fanta, Sprite or Kinley Bitter Lemon disappear completely from the Selecta option. The trigger for the diversity adjustment is to publish CBC-Cola Swiss HBC to reduce the contents of individual drinks bottles of 1 liter to 750 milliliters or from 500 to 450 milliliters and not adjust the prices accordingly.

Patrizia von Gunten, Media Director at Selecta, explains to SRF's consumer magazine "Espresso": "We were looking for a dialogue with Coca-Cola HBC in Switzerland. On the one hand, we tried to keep the group of On the other hand, we tried to renegotiate the price. "Unfortunately, without success. T

Sinalco instead of Fanta

Selecta fills the empty rows with Pepsi, Sinalco and 7-Up, Gunten's. Wherever possible, they chose Swiss products or those that would be bottled in Switzerland.

Coca-Cola Swiss HBC responds to this step by Selecta with a brief statement: All traders are free to decide how we design its product range and justify the company's pricing policy further as As a company with Swiss with two local production sites and around 800 employees, regional raw material partners and transport partners, we have to cope with the local costs, which have t have been consistently high over recent years. »

Denner, Coop, Aldi, Lidl Suisse and Migros already stressed at the end of January that they were talking to Coca-Cola. As the "Handelszeitung" wrote at the time, several retailers had imported Coca-Cola drinks from abroad repeatedly to obtain lower prices. Migros confirms to Espresso that at least the big Coca-Cola bottles have managed to reduce prices. This is about the liter bottles, which now hold only 750 milliliters.