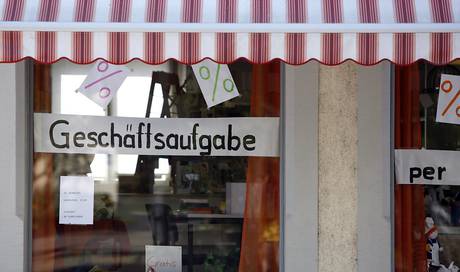 In the year to date, there were also more bankrupt: 4,043 companies were bankrupt from January to October, as the Bisnode D & B information service announced on Monday. Only in Zurich did the bankruptcy decrease slightly, while increases in all other regions were recorded. The largest increase in insolvency cases was recorded in Eastern Switzerland (+ 10%), followed by Espace Mittelland (+ 7%) and Swiss North West (+ 6%).

According to the analysis in the construction industry, the largest risk of bankruptcy exists: about 2.7 times greater insolvency than Switzerland's average. The crafts and hospitality industry are also bankrupt. On the other hand, there are very few bankruptcies in the health services, in the real estate industry and in the holdings.

New companies were registered in October in the meantime 3 '612 and therefore a small increase by one percent. During the year, there were only 102 more companies: entrepreneurs enrolled a total of 35,582 companies from January to October in the commercial register.

Although increase in Central Switzerland (+ 9%) and Ticino (+ 3%), they are death or deteriorating in the other major regions. The strongest decline was induction numbers in Eastern Switzerland (-4%).

The timber and furniture industry in 2018 to date has been measured in comparative terms, the most start-up industry. But service companies were established especially according to a new B & B Bisnode. By contrast, excavation, construction and printing and publishing industries were particularly apparent as "low growth" sectors.