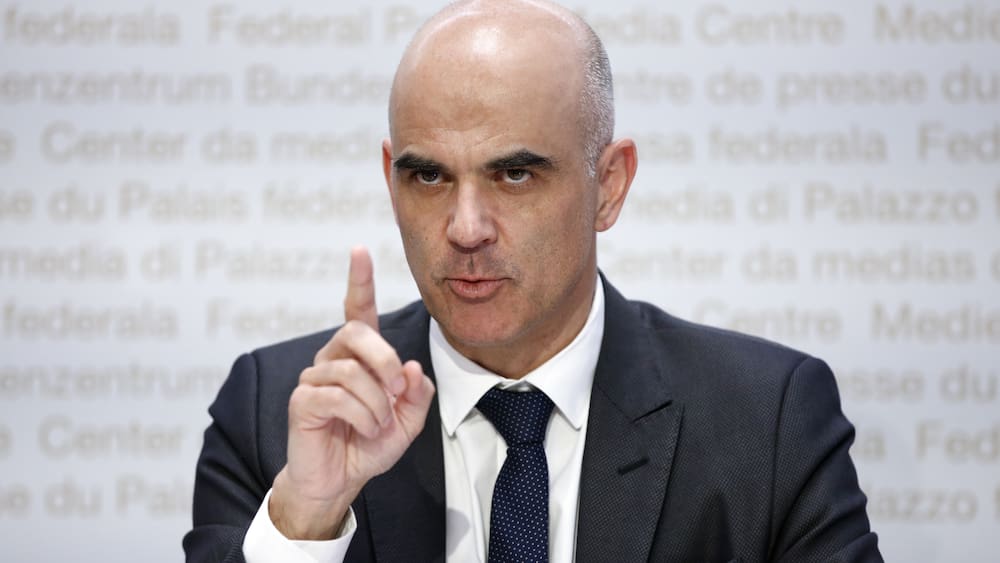 For a week the fate of Switzerland seemed to depend on its ski lifts. Health Minister Alain Berset’s (48) plans to limit winter tourism were dropped on Monday – mountain canton representatives went straight to the barricades.

With the active support of a bourgeois parliamentary majority, they resisted – and were rewarded: The measures announced by the Federal Council late Friday afternoon for winter sports remain manageable: no limit on visitor numbers individual ski areas, but an upper limit for transport.

There was nothing more at the Federal Council for Berset. It went even less far than what the cantons required. The majority of stands had voted for capacity limits in the consultation.

It was heated on Friday, according to a source close to the Federal Council. The council dragged on. Mainly due to the fact that Berset’s concern has shifted from the mountainous regions to those low-lying canons in the lowlands where the virus threatens to get out of control – only at the start of Christmas rush, Sunday sales and three weeks before the family celebrations with grandparents in front of the Christmas tree.

In Friday’s round, the Health Minister specifically campaigned for a mandate to be able to remove those cantones whose new infections clearly demonstrate the exponential spread of the virus – all in German-speaking Switzerland .

In the end, the entire Federal Council followed him, unwillingly and only because Federal President Simonetta Sommaruga (60, SP) demanded an even stricter procedure. In a separate report, he threatened the cantons with partial empowerment, as reported by the “Tages-Anzeiger”.

On Saturday at 10 am, Sommaruga and Berset spoke to representatives of several canonical governments at a video conference. They particularly prayed for the people of Eastern Switzerland who, despite the high number of infections, have not yet ordered any further measures.

As SonntagsBlick learned from several sources, as well as St. Gallen, Thurgau and Appenzell-Ausserrhoden, the Basel-Landschaft, Solothurn and Aargau cantons were also asked to speak. Zurich, the most populous canton, was left out.

Berset now expects a consistent approach: leisure and cultural facilities are to close and the number of participants for events will be reduced further rapidly. If necessary, restaurants should also be sent on vacation.

The deadline for tightening is tight. The Federal Council will meet on Tuesday, until then, at least, Berset is expecting statements of intent. The signal is clear: long discussions are no longer possible. A: the cantons leave no trace, the federal government takes the lead. As is said, most of them were cooperative.

Resistance from the cantons

However, behind closed doors, individual cantonal representatives criticize Berset’s power play. They resist following directives from Bern. If this resistance solidifies, the big cacophony threatens in the coming days. The Federal Council would then be forced to impose further restrictions – if Berset can win a majority of its colleagues for them.

Nevertheless, the death toll is still very high. Two weeks ago, SonntagsBlick reported that the fire brigade must help with funerals at the Geneva canton. Dark shots are now threatening the German-speaking Swiss, according to Geneva virologist Isabella Eckerle (40). «The number of deaths will certainly rise again in German-speaking Switzerland. The intensive care units are already very busy. About a third of these patients will not survive the disease – you can find out what that means. “

Stricter measures are therefore inevitable, according to Eckerle: “Unfortunately, in the perception of the people, not everything that is allowed poses a risk. But that is not the case in Switzerland specifically. “

In addition, the cantonal patchwork quilt invades the population. It is not always clear which measures apply in which regions – a situation that has persisted for months.

Psychologist Jacqueline Frossard (62) is convinced that better coordination is essential for understanding the population: “Federalism is extremely valuable, but more uniform procedures are needed, especially in neighboring cantones.” Better agreement is important, but also the assurance that shops and pubs will not be kept open at the expense of other canons.

“The risk is often underestimated”

However, one cannot avoid taking responsibility for yourself, emphasizing Josef Widler (66): “Everyone should act as if they are contagious. Today the danger is often underestimated. “President of the Zurich Medical Association:” We make too many systematic mistakes, for example we forget to wash our hands. “

It is also clear that further measures are needed from the federal government and the cantons to reduce the incidence. Many hospitals are still on the edge of capacity, and nursing staff are also struggling with the results of the second wave.

The upcoming Christmas days are therefore of great concern to the experts: “Combined with the high prevalence, these can turn into powdered keg,” says virologist Eckerle.
“We’re on very thin ice.”