The new plan – publish the magazine once a week 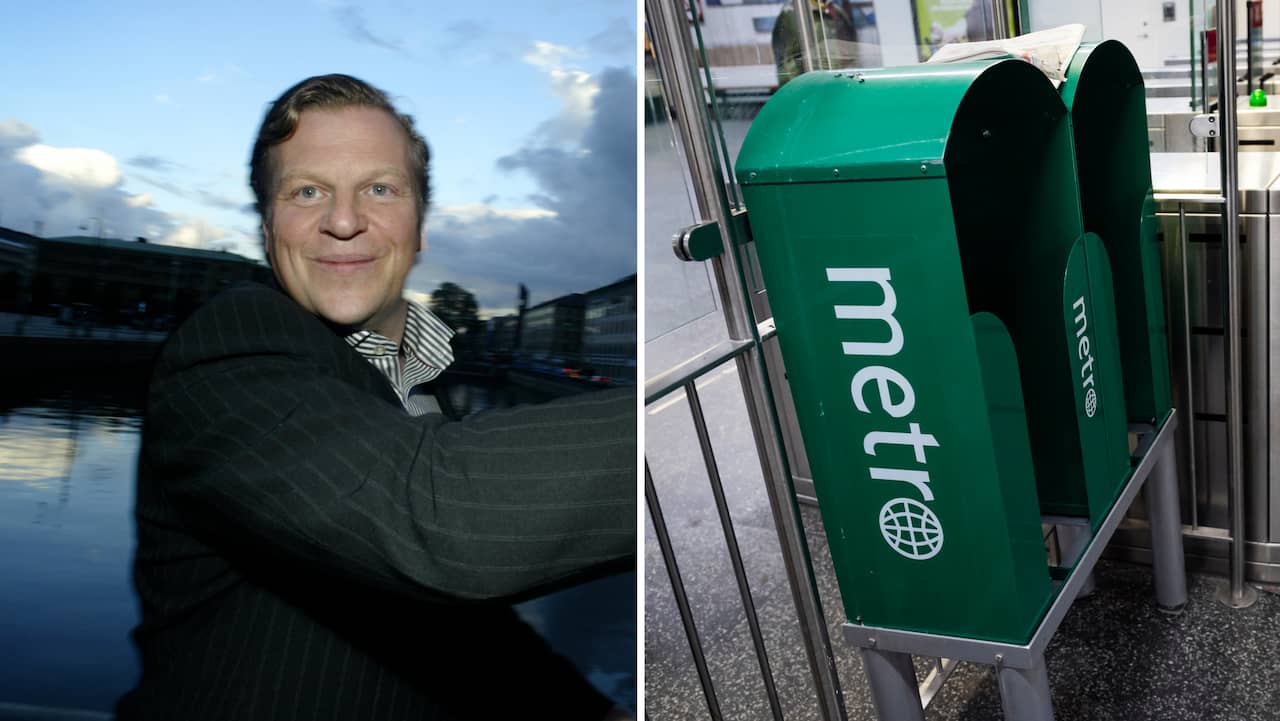 The Expressen review of Metro's economic situation reveals that freelance journalists are waiting for pay and that the Enforcing Authority has already started to withdraw money from all the bank accounts the state can find.

Metro also doesn't appear as a paper magazine on Tuesday. Metro is usually printed in Bold Printing, wholly owned by the facilities in Stockholm and Malmö, and also shares the Borås printing company with Gota Media. Large Print is part of Bonnier News, which published Expressen, among other things, and Expressen said that the reason why Metro was not printed and to deliver last night was that the newspaper was not about not paid in advance.

But now the owner of Metro, Christen Ager-Hanssen, who bought the 2017 Metro through the investment company Custos, has new designs: t

– The magazine should be turned into a one-day newspaper and come out on Friday, it will be a weekend newspaper, he said.

– Firstly the request for reconstruction needs to be approved. Once the district court has made this decision, we will make our business plan. This is what we lose money on the paper magazine.

Metro Weekend is what applies according to the rescue plan Christen Ager-Hanssen. The way in which it is distributed is unclear.

– Perhaps by mail home to people. We can reach more people than we do today, says Ager-Hanssen.

But will it not be expensive?

– One day a week, co-publishing, we focus the sales resources there. We significantly increase revenue on it. It can generate 50 percent of the revenue we have today in five days (newspapers).

The Metro board decided yesterday to contact the court and ask for help in the form of reconstruction. But the debts are accumulating, and now there are tens of millions of dollars. Many media industry analysts fear that Metro will be bankrupt in the near future.

SL, which manages the distribution of the newspaper in Greater Stockholm and asks Metro at 9.8 million, says the free newspaper has not heard of a new release rate. According to SL, Metro cannot determine how often the newspaper is published.

"Yes. The agreement with Metro says the magazine should be released Monday to Friday," Claes Keisu said in the press press SL in a text message to Expressen.

A Chrger Ager-Hanssen claims, however, that Metro does not have an agreement with SL.

– He is being made redundant, he has come to an end. That is our view.

Threats to prosecute the seller

– We will call for 300 million SEK. Kinnevik has treated the figures and concealed the company's real economic situation.

According to current Metro owner, our former key person is Metro who handled the figures on behalf of Kinnevik and so cheated the buyers that Metro had improved than it was.

The former key person is not appointed for responding to the charge but refers to Kinnevik: t

– We are completely confident in how this process has gone, says Torun Litzén's Director of Communications.

On Monday, Kronofogden made a new move towards Metro. As of the front, the newspaper's Nordea accounts are being emptied when looking for money for a tax debt of nearly 9,000,000.

So far, the royal guard has settled on investing money on the bank. The next step will be physical restraint on Metro editorial staff. This can happen "in the near future". However, the Enforcement Officer must stop the plan being suspended if the business reconstruction request promised by the owner of Metro Christen Ager-Hanssen arrives in the district court and gets allow it.

However, no application was received when Stockholm District Court closed on Monday.

"We have no agreement with SL"

Christen Ager-Hanssen also states that the relationship with SL is over.

SL has previously said that Metro cannot decide how often the newspaper is published.

"Yes. The agreement with Metro says the magazine should be published Monday to Friday," Claes Keisu wrote in the press press SL in a message on Monday.

Claes Keisu also said that SL had not received information from Metro about the plans to change the discharge rate.

"No, we haven't received any information of this kind from Metro, just something we have read in Expressen during the weekend," Claes Keisu wrote.

Christen Ager-Hanssen says he has had a dialogue with Bonnier about the paper edition.

How did she go about printing the paper magazine?

– There was no surprise (surprise). I've had a great dialogue with Bonnier. Bonniers have behaved very well, we have had a very good dialogue through the time. I understand that they must make such a decision.