No picture on a threat spread in Trollhättan 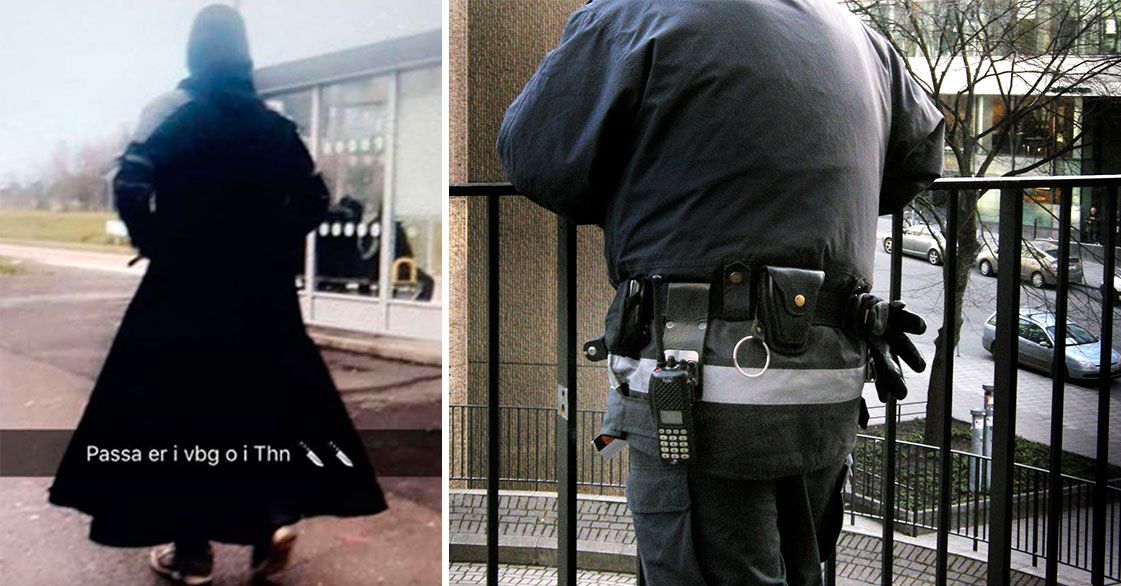 A picture of a person similar to Anton Lundin Pettersson, who killed three people in a school in Trollhättan, has spread on social media in Trollhättan and Vänersborg.

The boroughs put in extra guardians who were removed since the police made the assessment that the picture does not pose any real threat.

The person in the picture has contacted the police itself, reporting TT.

The image has spread in social media, including Snapchat and Facebook, representing a person in a black coat. The cot is similar to Anton Lundin Pettersson when he came to Kronan in Trollhättan with a sword and killed three people in the bottom of 2015.

The image has spread in social media and has warned the school staff to the boroughs and has given additional security guards.

It was the first to tell you about the news. Pictured are the text "Fit in vbg and thn" (You are in Vänersborg and Trollhättan) and then two emasents that represent knives.

– Relatives and students have expressed concern about this image. Because of that and the story that exists in Trollhättan, we look after that troubled, "said Vivian Komstadius, a communications manager at Trollhättans City.

Trollhättan reinforced its protection in the borough, and the Vänersborg borough also provides additional guardians around the borough's school activities.

After the police found that there is no threat image based on the spreadshed photos, security measures have terminated.

The photo comes from Trollhättan

The image spread is being discussed in the Black Trollhättan and the person is on the bus. On Thursday, the police got the clarity of who took the picture.

"A man who usually wears the clothes in the picture and daughter who has taken a card. We've talked to those involved," said Jack Lennartsson, the urban police in Trollhättan, i TT.

It is three years since the attack of Anton Lundin Pettersson against Kronan students and staff at Trollhättan. And the now-expanded image wakes up memories and concerns again.

"Trollhättan has tried a lot in the attack so you clearly see a similar picture, so it wakes up feelings. We understand that and we try to respond so we can best," he said. Vivian Komstadius.