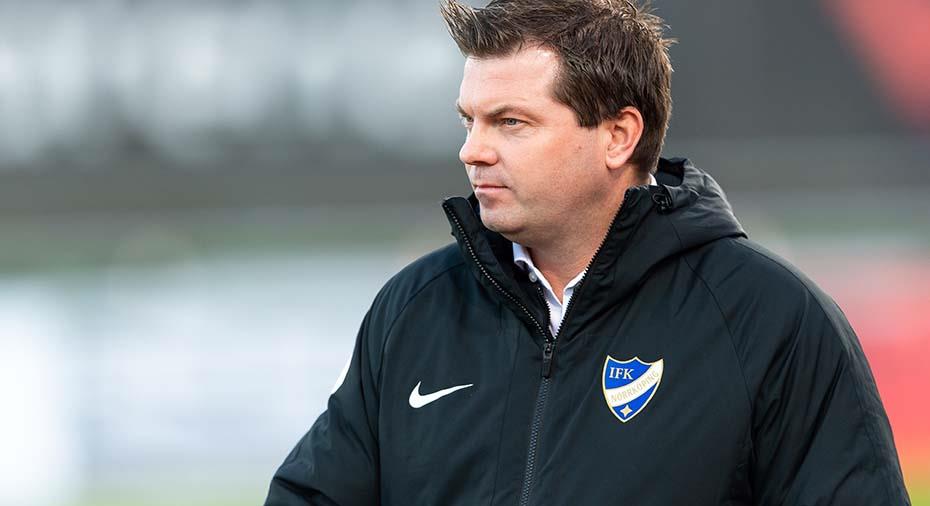 During the first third of this year’s Allsvenskan, IFK Norrköping was the best in the series. But in the end, the big league leader turned nothing. Because when the season ended at home against Helsingborg on Sunday, and Beijing had a chance to pin third place, which meant games in Europe in 2021, it was a 4-3 loss.

A win against an already downgraded HIF would have been enough to finish third, with Häcken’s cross against Kalmar, but Beijing is now landing in sixth place instead.

– This was a match where we played for third place, and we finished sixth. To IFK Norrköping, it’s a big disappointment. The match as a whole is also disappointing. We were too flat in our defensive game throughout the match. It was not a good performance. It is a failure that we are landing where we are. This is a very heavy afternoon and the responsibility is of course, said manager Jens Gustafsson.

– If we sum up the season, it’s a failure that we finish where we are.

How do you explain that it can be this way, when a victory for you was enough for Europe and you met an already underrated team?
– There are probably many explanations. One is that Helsingborg is probably better than what the table shows. That should probably be clear to you. Another explanation is that we started the fight as we did and left two standing positions … already there we had conceded three goals. If you surrender four goals, it will be difficult, even if we are good offensive. So the explanation lies in the fact that Helsingborg is better than you think and we’re bad, to put it bluntly.

How do you see the year ending as it is given the first third of the season?
– The first thing I can say is that this is a big failure and a big disappointment. And my responsibility.

– If we go back to rounds one to ten, we were great. Then we as a team, leaders, players and fans have suffered from the expectations that came from it. We have been stressed by him and never really come back. It’s been a difficult time finding him back.

How much of a disappointment is you having such a great start?
– It’s hard to say, but today we could have grabbed third place in victory. Obviously many even before the fight saw this season as a failure, but I don’t think it would have been done in the same way if the winners had had more smell throughout the season.

– But it clearly boils down to this achievement, which leads to zero points when a victory would have placed third. Then there wouldn’t have been much buzzing about it, I guess. But now there are many.

Gustafsson has an agreement with IFK Norrköping over 2021, but during the year was said to apply to AIK and IFK Gothenburg. Recently, it has also been placed in Ålborg, Denmark.

Now the manager is out of place for his future in Beijing, which he puts entirely in the hands of the club’s management.

Do you feel you are the right man to lead the team?
– It’s not really my question to answer. The board must answer that.

What do you think of yourself?

– I talk to those in charge of it.

Would you understand if the club managers feel you should go their separate ways?
– You ask a lot of questions that you can ask the management.

But you have thoughts about that, don’t you?
– I don’t like it. I accept what the board thinks, Gustafsson said.

The football channel has sought out Norrköping chairman Peter Hunt.

Gulldén: “You can feel a little free”