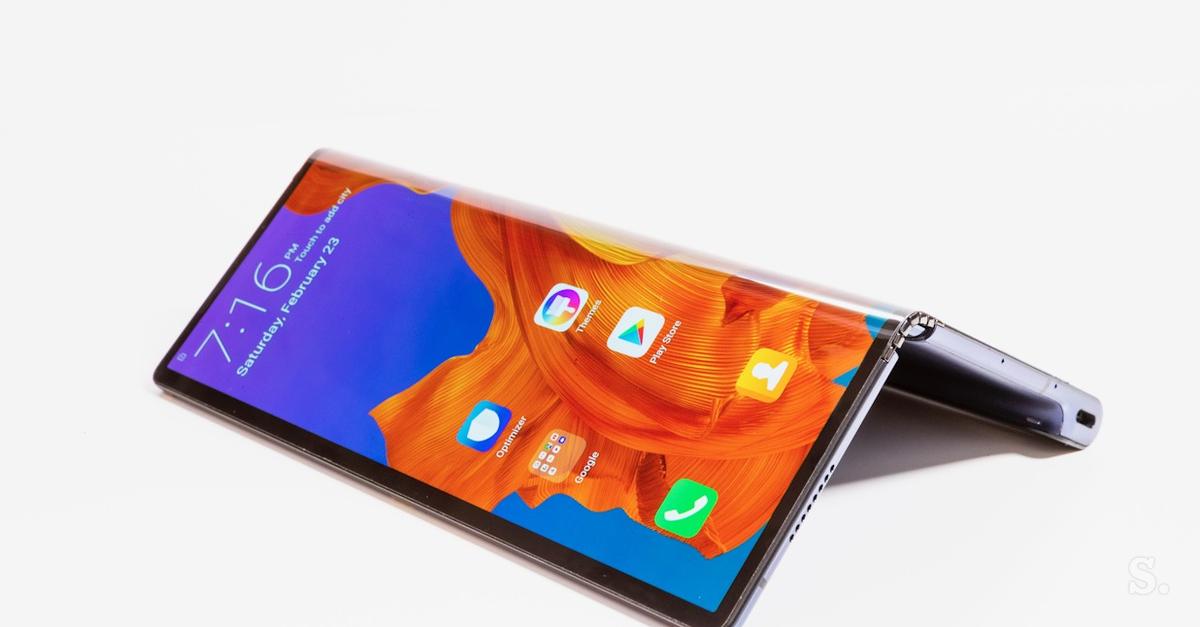 With the real name of Yu Chengdong and the official position of executive director of corporation and chief executive of one of three Huawei business groups (those for consumer products), there are exactly every global presentation of Huawei's leading products. : start the spring (sometimes maybe a little earlier) smartphones from P series, and in the Mate smartphone series in the autumn.

Richard Yu, just like last year, revealed details of this year's new P-series novelty in Paris this year, which is photography. On the edge of this event, where some 3,500 people were gathered from all over the world, we could ask some questions directly.


Has Huawei taken the (new) revolution of mobile photography?

What are your expectations in the market when launching P30 smartphone sales?

So far, we have sold around 20 million smartphones last year in the P20 series, which is why we set the target for the P30 series. We believe that we can expect at least as many smartphones sold in this series.

Your two biggest competitors have set a price over a thousand euro with their most powerful smartphone, which has led to some dissatisfaction among consumers. For many, you also seem to be following these guidelines over the last two years – does this change strategy?

Check out our best phones – devices of the first class that go beyond competitors in many ways, and the price is still competitive. Indeed, it is still slightly lower compared to direct competitors. However, this is the highest grade. Depending on their functions and capabilities, their price could be even higher, but we did not. We should not forget about their smartphones in the middle class, whose price is significantly lower. "Smartphone users want to have as many professional capabilities as possible in the smallest format."
Photo: Srdjan Cvjetovic


Achievements in photography and video are the most open benefits to the P. series What do you think will be the most exciting for us for new smartphones, especially premiums, in the future, say, about three years?

From an exciting time, consumers want larger screens, while folding phones will achieve this desire. Powerful cameras not only for shooting, but also for video. As many professional capabilities as possible in the smallest format. More processing capabilities. For years to come, I expect artificial intelligence to gain even more importance.

Future smart phones will be our true digital helpers, with whom we will communicate more and more naturally. When you see something and you want to know what it is, you will only ask your phone and answer it. All this will be even easier with the connectivity provided by the 5th generation (5G) mobile networks, but we should not forget about the powerful batteries (batteries), as more and more applications and more from intensive users. When you see something and you want to know what it is, you will ask your phone to answer it. All this will be easier with the connectivity provided by fifth generation (5G) mobile networks. "
Photo: Srdjan Cvjetovic


How to strengthen governments' awareness of the importance of mobile networks of the fifth generation?

Each country needs 5G. All mobile operators require 5G. The demand is increasing and our technology and product for 5G networks is leading, and with our partners we will be able to provide even more value to all users. The fourth generation networks (4G) connect people, and networks of the fifth generation will connect – everything! Devices, self-propelled vehicles, independent machines … 5G will be vital to the whole economy.

All countries and operators need 5G!

What are your ambitions for Central and South East Europe, a region that also includes Slovenia?

Seven years ago, Huawei was a new brand, and hardly anyone knew anything, but today we are big, successful and well known. We have overcome the path of an unknown brand to a well-known brand. Across the world, we have the second largest share of the market, but we may have next year or two the chance to get to the first place. In fact, if we draw the United States and South Korea, we already have the largest share of the market. Our share is constantly growing everywhere and every region is important to us. "Seven years ago, Huawei was a new brand, where nobody knew anything, but today we are big, successful and well-known. We have crossed the way of an unknown brand to a well-known brand."
Photo: Srdjan Cvjetovic


What is your growth and self confidence about further growth, knowing that you have little access to the second largest market in the world – the United States?

It is true that some politicians from the US and South Korea restrict access to us, but the world is big enough elsewhere. There are many opportunities for strong growth in the market share in the Middle East, Africa, Latin America, Europe and China. There are more than seven billion people in the world

… and how much do you want them to achieve?

We can't do everything, but we obviously get more and more. 
Also in markets such as India and Indonesia, where are the cheapest phones mainly?

To be honest, with our leading technology and creativity, it's obviously better with premium phones than with the cheapest ones. In these markets, we need to strengthen our presence with middle class and lower class products, which we are planning for the near future, but now our priority is to develop markets where the upper and upper middle class is dominates.

With our leading technology and creativity, it is obviously better with premium phones than with the cheapest ones.

Sometimes we hear complaints that the prices of Huawei products and devices generally in China and elsewhere in Asia are lower than in Europe. How do you comment on these findings?

I would not argue that prices are fundamentally different. There are some differences due to different profits, and taxation is undoubtedly higher in Europe. If we do that, the prices are very similar. "Honestly speaking, with our leading technology and creativity, it's obviously better with premium phones than with the cheapest ones."
Photo: Srdjan Cvjetovic

… but we're still getting it, and we'll also start selling it soon or at the same time, but we introduced the presentation with our P30 and P30 Pro paranoia phones.

Samsung announced the launch of its 5G smartphone sales. What about the Huawei P30 5G?

There is nothing of such, but this is because there are no commercial networks of 5G. Why offer something to the market, which can not be used? In real terms, in some countries we can expect 5G commercial networks in the second half of the year, so we can certainly expect the Huawei 5G phone in the 30 Mate series. We are also considering developing 5G smartphones in the middle class, and there are I suppose we can offer something in May or June.

Why offer something to the market, which can not be used?

The current price of free Huawei phone over two thousand euros – when will this price fall to a more acceptable level in your expectations?

We are the first to announce that we are working on a smooth phone development. In fact, we have been developing it for three years now. We believe that our folding phone is better than phone rivals and that it has a better and better design. But the development is expensive, craftsmanship and components, but I still believe that the price of folding phones next year could fall to the level of about a thousand euros. But we shouldn't expect any smartphone to be turned. "We should not forget about powerful batteries (batteries), as there are more and more applications and more intensive users."
Photo: Srdjan Cvjetovic


On the P30, we met the periscope achievement and a completely new sensor – what is the next, what can we expect from Huawei's collaboration with Leica?

You know I can't tell you more. But I can assure you again that our cooperation is in the direction of enabling the photos and the most professional videos on smartphones.

For now, for example, with very low lighting, our best smartphones have been better prepared than reflex mirror cameras if you don't have the accessories or the big and heavy lenses. I hope to argue for some other aspects. This is our courage, our courage, our knowledge. 
Which phone are you using right now? In Barcelona, ​​you had a 20X Mate model (front phone).

It's still! I love all the space here on the available screen, but the phone is still thin with all the luxury on the screen.

So you won't replace it for the Pro P30?

Mate is a business phone with the best components and technological innovations, while the P series brings the latest and best world of mobile photography. I prefer to have both of them.