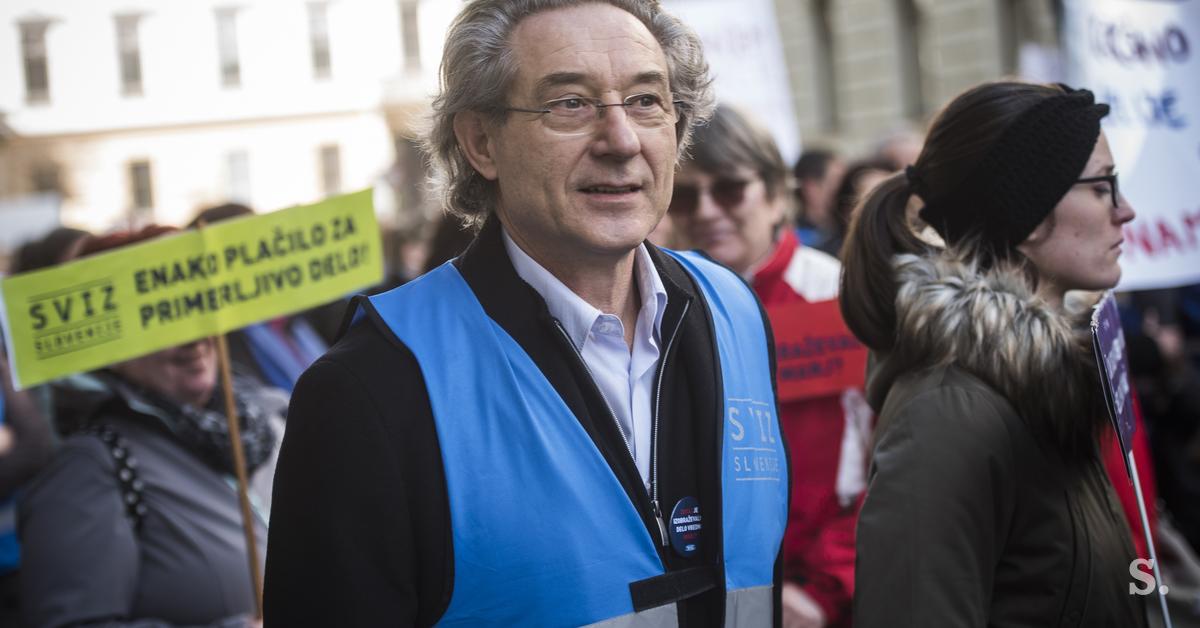 In the Savings Bank, a new one was held in a series of recounts. Why does one of the smaller financial institutions in the country still need fresh capital and has it cleaned with skeletons left by the former cabinet administration?

An employee savings bank managed by domestic trade unions will now have an important new shareholder. In the ownership of the record Modra osiguranje, the largest pension fund manager in the country, which has already saved over 250 thousand people.

In the latest re-capitalization, which the Savings Bank collected, which collected about 5.8 million euros of fresh assets, Blue Insurance purchased most of the new shares and became the second largest shareholder. According to our knowledge, it will own six per cent of all shares.

In the Savings Bank is run Renato publisher, Siol.net confirmed the Blue Insurance Company's access to ownership. It was added that the capital connection with "responsible and financially sound investors" will also underpin long-term mutual cooperation in the field of banking and insurance.

With this move, not only has the Savings Bank Management collected enough fresh capital needed because of the very rapid growth in business size and risk reduction, but at the same time it has secured its ownership. This means there is less chance of hostile occupation. Many trade unions, still among the main owners of the savings bank and who have the right to pay new shares, do not always have the money for the re-capitalization. Dividends paid by the savings bank are an important source of income. Their share therefore decreases gradually and according to recent data it was around 40 per cent.

This opens doors to speculative buyers with a suspicious source of money. In my spring recalculation period, myWorld British company also wanted to get involved, but instead invited other investors to buy shares. The company takes part in a loyalty program, which was labeled as a pyramid system in some countries and banned from operating.

Investors hiding behind the British company did not give up and bought shares from existing shareholders at high prices. In doing so, they were very successful, having won over five per cent of their ownership within a few weeks. Now, for several months, they have not increased their ownership.

Who the Savings Bank will share the money for

One of the few shareholders involved in re-capitalization is Slovenia's Education, Education, Science and Culture Union (SVIZ), which is regarded as the largest trade union in Slovenia. SVIZ Slovenia is already the largest owner of the Labor Savings Bank with a share of 10%, but it doesn't hide the ambition to increase its share. In the last period, SVIZ purchased Slovenia shares, and has already obtained a license from the Slovenia Bank to increase the share ownership to 20%. "We will continue to buy shares, to show that the Savings Bank is a permanent and strategic investment for us. We want to play a strong role in the savings bank, and then the trade unions in Scandinavia," said trade union secretary. Branimir Štrukelj tell Siol.net.

They need capital because of their rapid growth

With the new recapitalization, the Savings Bank will strengthen the capital further, which was at the end of last year by 60 million euros. The capital adequacy ratio was 15.19 per cent above the prescribed level. The number of personal accounts with regular inflows increased by over 5.4 thousand in the first four months to around 91 thousand, while the number of business accounts increased by almost 800, to around 41 thousand. Although they belong to smaller financial institutions in the market, they are among the largest in the market according to the number of personal and business accounts. Price policy has also been helped by rapid growth in this area. Despite the recent increase in banking services, the employee's savings bank is still known as the most favorable bank in the market.

Rapid growth also reflects the outcome of the business. Net interest increased by four per cent compared to the same period last year, while net commissions increased by 12 per cent. The net profit for this period is 1.7 million euros.

At the Savings Banks, they also decided that they would not take part in real estate projects and other major projects, which they did even during the period of the former first man. Jože Stegneta problems with the banking regulator. In addition, they were cleared of some of the more stories from the past. As is known, Aerodrom Maribor and Pomurske mlekarne have been sold. There are also apartments in the neighborhood Zeleni park in Koper.

Slovenian Bank's secret report: An employee savings bank is a bomb to timed


The shareholders would receive a dividend of five euros

For June 21, the Labor Savings Bank convened a general meeting on which the shareholders will decide on the proposal that all accrued profits, worth less than EUR 2.5 million, are intended for payment of dividends t . Shareholders, including hundreds of citizens, would receive five gross euros per share as in the last eight years.

A year before abraham on cases of anger and violence – 24ur.com