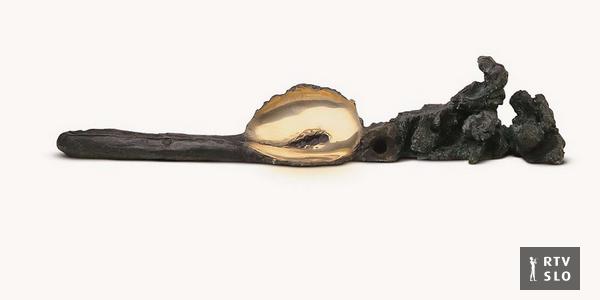 There is a kind of battle internally, but also an external battle between existence and essence, redirecting and incorporating into the artworks that we see today as life stations, where the sculptor stopped, creative reactive, and traveled further.

Group 53 took him to the world
Drago Tršar was born in 1927 in Planina pri Rakeku. After graduating from a Rakek baccalaureate school, he applied for French Gorse school evening courses, and then worked in the studio or studying with Boris Kalin. After his release, he applied at the Fine Arts Academy in Ljubljana and graduated from a sculpture in 1951. His teachers included Zdenko Kalin, Karel Putrih and Peter Loboda. He also visited sculptural expertise at Franc Smerdu.

Between 1951 and 1959 he was in a liberal profession. At the time, he received the first orders for his work in plenty of plastic and public monuments. Between 1953 and 1955 he was a member of the Group or Group 53. He traveled to Paris with the Prešeren Fund scholarship. He also traveled to Italy by studying, in 1957 he was in Egypt, then in the Netherlands and Belgium. At Middelheim Park, part of the Middelheim Museum in Antwerp, its 1957 Maniffestants work is still standing today.

O Documents in Biennial Biennial: present in key displays
He traveled later He also studied in the Soviet Union, Germany and Italy. In 1956 he was invited to a worldwide exhibition in Paris. In 1958 he exhibited at the Venice Biennale and in 1959 on a document in Kassel. In 1960 he joined the Fine Arts Academy in Ljubljana as a sculptor assistant, in 1967 he became an assistant teacher, and in 1974 he became a associate teacher. He was also a member of the Group 69.

He received a number of prizes, including the 1990 Prešeren Award for Life Achievement. Since 1995 he has a regular member of Saz.