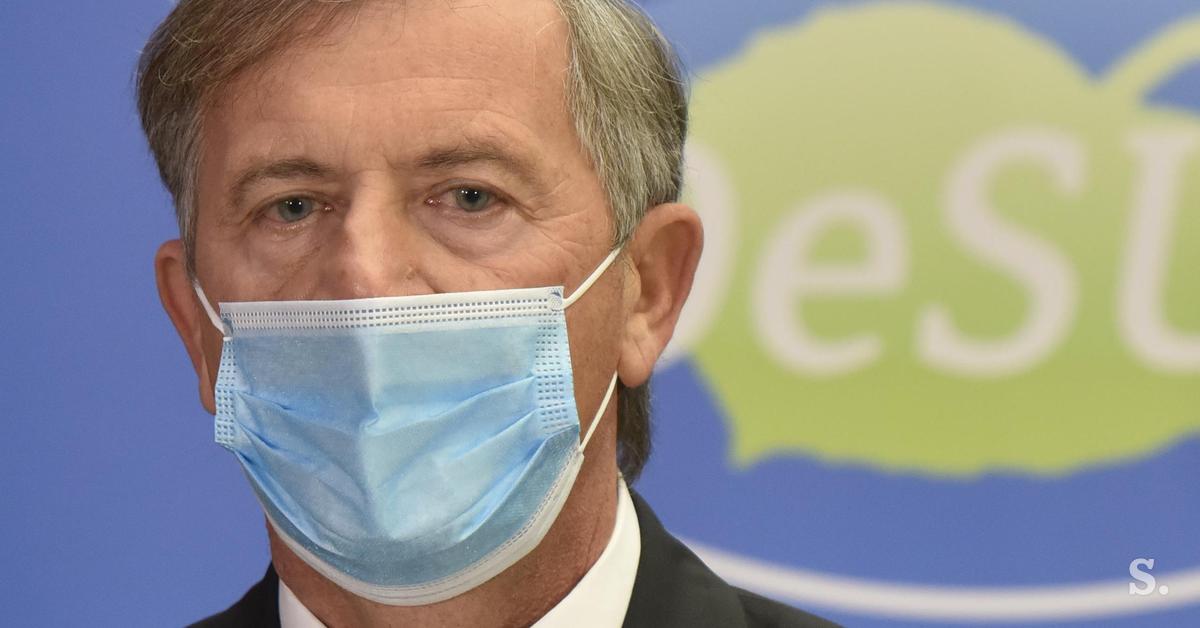 Karl Erjavec returns to politics after a year. At the DeSUS party congress, which ended yesterday, he received 146 votes from delegates, his opponent Srečko Felix Krope and 71. Unofficially, some bogus votes were discovered during the count. The party also confirmed this today. As they wrote in the press release, they received 25 additional envelopes, which immediately suspected fake congressional material upon receipt, so they were automatically banned, as they also noted. DeSUS adds that the elections were conducted properly and in accordance with the provisions of the party’s statute, and that all candidates were elected on the basis of official congressional votes.


Karl Erjavec is the new president of DeSUS #video

Due to the new coronavirus and poor epidemiological picture, this time the DeSUS congress was held by mail. Election material with ballot papers was sent to 231 delegates. Former party president received the most votes Karl Erjavec, which replaced it Aleksandro Pivec. He took over the leadership of the party in January, but resigned after a few months due to a loss of trust in the party.

False votes are said to be for Kropet

The 24ur.com portal then reported that 23 “obviously false votes” were unofficially obtained during the mail received for congress. At the time of writing, all the votes had been eliminated before the count began, and the majority of votes were for the opponent Felix Kropet Ticket. For two other envelopes, they have to find out if they are also fake, the media reports.

DeSUS’s party also confirmed in today’s press release that there were fake votes among the mail. As explained, on December 2, they received 25 additional envelopes, similar to official congressional ones, sent to 231 delegates. As each official congress envelope was carefully calculated by a seven-member working group for congress preparation and 231 identical envelopes were sent to 231 delegates, the visual deviation arose after receiving 25 additional envelopes immediately suspected of fake congress material. So, they were automatically banned, the party explained in today’s press release.

As this is a forgery of official documents, a report will be filed with the party

“By that time, we had already received almost all the official congressional envelopes we sent to the party representatives. All the current members of the bodies were informed of this before the official envelopes of congress were opened,” the party emphasized. They added that his working group and the chairman of the electoral commission, in the presence of three candidates listed among additional envelope senders, opened the latter after congress.

“Each envelope was found to contain fake congressional election material – color photocopies of votes, different colored shades of stamped and signed votes, existing candidates confirmed they did not have their signatures.) A report was produced on the findings and all that present signed, “they point out at the party.


DeSUS also ensures that the finding will be considered further by party management and that the relevant report will be reported to law enforcement authorities. “This is a forgery of the party’s official documents, the stamp and signature of the party’s general secretary and the candidates. The elections were conducted properly and in accordance with the provisions of the DeSUS Statute and all candidates were elected on the basis of official congressional votes.” collection. In addition to Erjavec, the party’s vice presidents were also elected in yesterday’s congress Ireno Majcen, Anton Balažek in Brigito Čokl.

In what direction will DeSUS be heading after Erjavec arrives?

Otherwise, yesterday’s DeSUS party congress was particularly important in light of political events. Some speculate that Erjavec could take the party out of government Janez Janša and joined the Constitutional Arc Coalition (KUL), led by LMŠ, Levice, SD and SAB Jože P. Damijan. Prior to the party congress, Erjavec met the prime minister and Damijan, as well as the leadership of the SMC.


DeSUS has some commitments, but will cover all options

According to STA, Erjavec reminded yesterday that DeSUS has specific coalition commitments based on the decisions of party bodies. However, he announced that the party will also discuss whether these conclusions are still appropriate or whether a different policy will have to be considered.

Erjavec will not decide this on its own, but will have to follow the decisions of party bodies and deputies, who agreed not to leave the Janša government, as they have no major comments on the implementation and content of the coalition agreement, even if they are dissatisfied with. opening up ideological issues.

Pivčeva: I worked for the benefit of the people, and Erjavec and Gantar prioritize ideology

How did politicians react to Erjavec’s victory in congress?