Lada Niva’s myth: Niva will be Niva again. And there will be up to two! – Magazine – Car 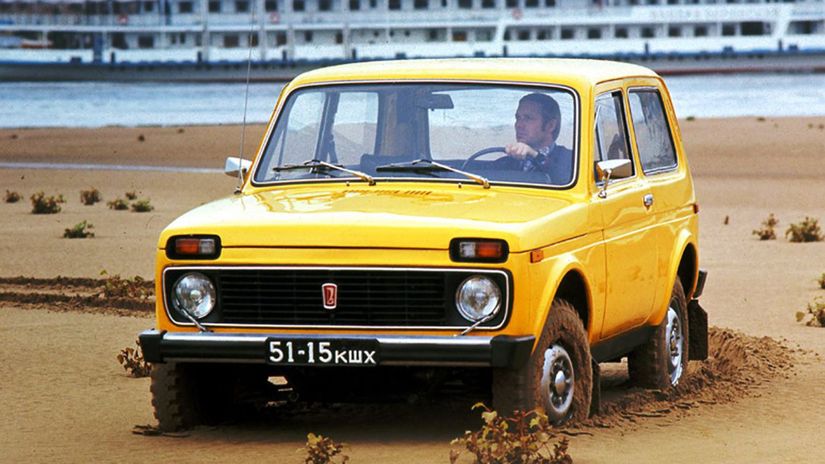 Apparently the legendary Lada Niva, produced since 1977, is still Niva for you. But with his name, he’s really tangled. But things have just been rectified.

After 18 years, Lady 4×4 will become Lada Niva again. However, it will accept the Legend attribute so that customers are not mistaken for the second generation Niva, which was produced for many years under the name Chevrolet Niva. Autor: AvtoVaz

There is no doubt that the Lada Niva was the first SUV in the world with its self-supporting body and permanent drive on both axles. He was born in 1977, 17 years before the Toyota RAV4. Until 2002, she also enjoyed fame with her name. And it should continue to do so. After all, AvtoVaz Russia developed its new generation. The problem arose when the Russians wanted to send their novelty to production. The company did not have the money. So the new Niva was saved by the American concern General Motors, which set up a joint venture with AvtoVaz in 1998. The second generation was started by the American investor. However, the Russian side thus lost the rights to the trade name Niva.

Chevrolet started selling Niva in Russia as Chevrolet Niva, and the original generation, which certainly didn’t intend to pull out of Togliatti lines, had no choice but to change the name to Lada 4 × 4. That was the eighteen years to come. The two models worked in parallel. The hope that the name Niva will return under Lady’s wings began to shine only after the GM Group decided to cease its activities in Russia and AvtoVazom last year also agreed to sell its 50 percent stake in the joint venture. The Russian side landed on him, which also meant that the name Niva was in his portfolio again. The Russian carmaker did not hesitate and took advantage of this immediately.

Already in the summer, Lada was renamed the Chevrolet Niva Lada Niva. However, the question remains what will happen to Lada 4 × 4, as its production continues, even with many innovations. Now we know. The knowledgeable Russian profile of AvtoVaz News on the social network VKontakte took care of this, revealing that the Lady 4 × 4 model 2021 is already missing from the assembly lines in Togliatti, which, in addition to the 4 × 4 label, is complemented by the Niva Legend plaque. Customers get what they have always wanted – so that the original Niva is Niva again – and at the same time don’t confuse it with the second generation. It’s a similar feat Skoda used in the Octavia and Octavia Classic. But also many other manufacturers.

It won’t be like this forever. In two or three years, the two models with a well-connected common history will be replaced by one new successor. The current ones are undoubtedly out of date. For example, “thanks” to a 1.7-liter 4-cylinder and 5-speed transmission. So even the “new” Nive, which is 25 years younger than the original, takes acceleration to an endless one hundred 19 seconds. The novelty, which will be based on the Lada 4 × 4 Vision concept of 2018, will be an uncompromisingly modern car built on the Dacie Duster platform. However, lovers of the classics will probably still be saddened by the originals, as the reduced gearbox or rigid axles will definitely go back in time.

Do you like this article? Please support quality journalism.

The daily Pravda and its internet version aims to bring daily news, interviews, comments, reports, videos, other useful and practical information along with reading and content for entertainment and recreation.

To be able to work for you consistently and even better, we also need your support.
Thanks for any financial contribution.