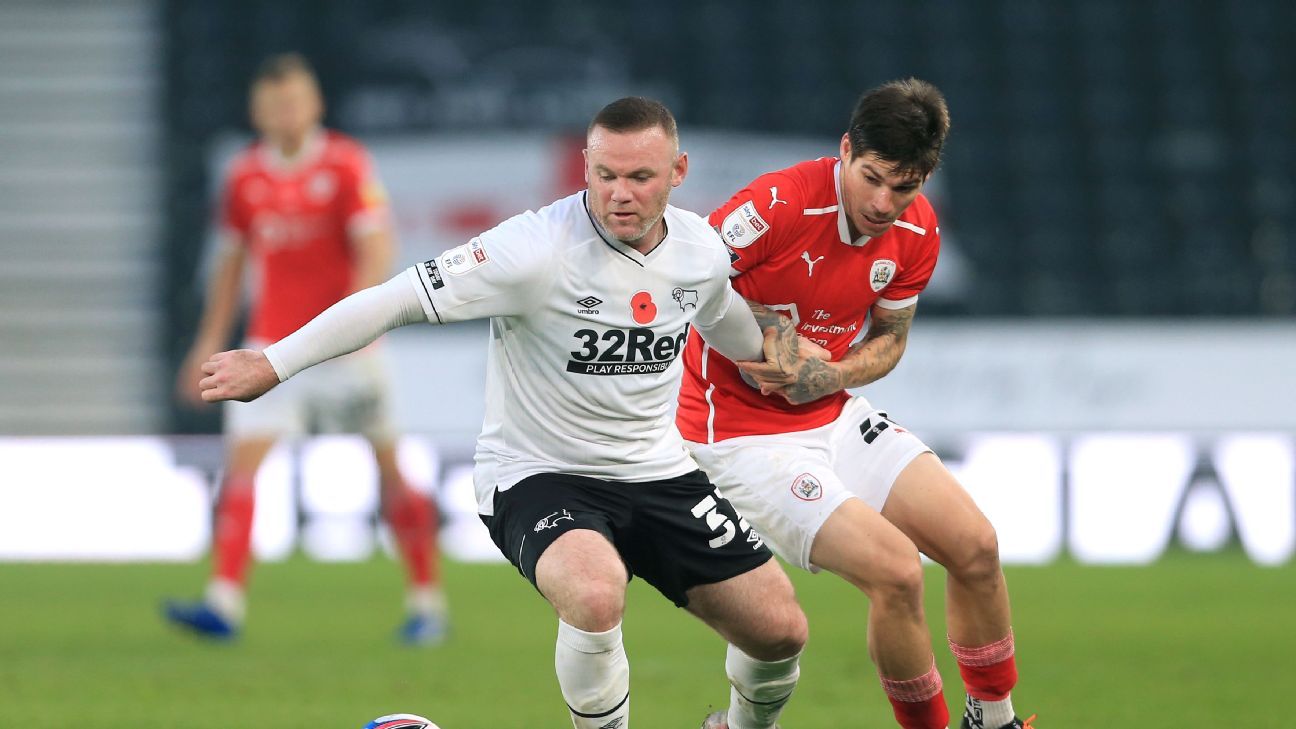 Derby County’s Wayne Rooney says he hopes to follow in the footsteps of former England team-mate Frank Lampard and take charge of the Championship club permanently.

Rooney is part of a four-man training team including Liam Rosenior, Justin Walker and Shay Given who will lead Derby for Saturday’s league match in Bristol City after a Midlands club parted ways with Phillip Cocu last week.

Lampard was appointed Derby coach in the summer of 2018 and guided them to the Championship playoffs before taking over at Chelsea.

“I wouldn’t be an ambitious person if I sat here and said I didn’t want the job,” said Rooney, 35.

“We all come into this game to play football and then you have a decision to make: do you want to go into coaching or management?

“I’ve made it quite clear over the last few years that my ambition is to go into management, especially when you see things like Steven Gerrard, Lampard and Scott Parker all getting good jobs and doing well right on it.

“We have to get the next two or three games out of the way first, but if they go well it puts me in a better position to put our names forward for that role. “

Rooney, who has served as a player-coach at Derby since arriving in January, said he is not far from calling time on his playing career.

“I’m not in the twilight of my career anymore. I have my toes in both dressing rooms, one as a player and one trying to help lead the team. We’ll see where this takes us,” the former striker said Manchester United and England.