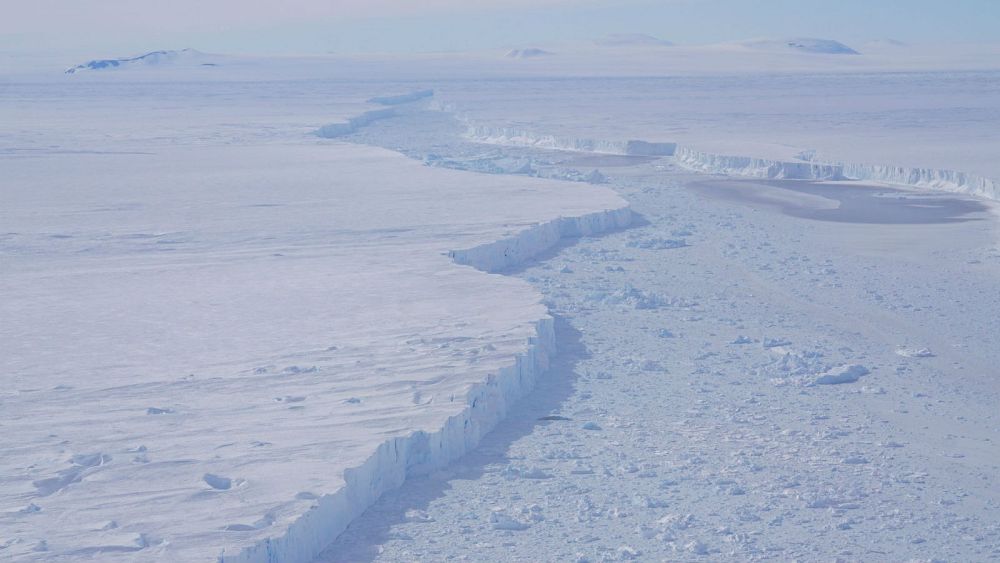 NASA announced this week close photographs of a huge iceberg that said it was "three times the size of Manhatten".

The photos were taken as part of the agency's Operation IceBridge which first pointed out that anyone could see the berg, called B-46 from the US National Ice Center.

He broke the massive mass from the Pine Island Glacier (PIG) ​​at the end of October.

The Island of Pine glacier in West Antarctica is known for the distribution of reeds into the Amundsen Sea, according to NASA, but the frequency of such incidents appears to be on the increase

The photos were taken on a trip last Wednesday as part of a long-term campaign to collect sea-ice ice measurements, glaciers, and critical areas of ice sheets and Earth

The nearby Pine Island and Thwaites Glacier contribute about 1 millimeter every decade to global sea level rise, according to NASA.