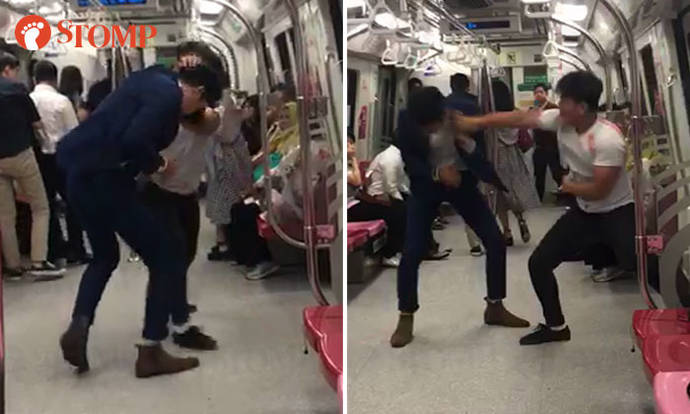 It was a double technical golf for two MMA wannabes fighter fighting on a MRT train after they were arrested by the police.

Both men were arrested for a sentence at Raffles Place MRT Station on Wednesday (7 November).

Several Stompers Stomp warned a video circulating online of the battle that happened on the East West Line.

In the video, the men are seen throwing heads together and trying to turn the other's memories.

Other commuters are seen on the train walking away, trying to avoid the duet as they move around the vehicle.

Stomp understands that the assault is likely to be triggered by a harsh incident between the two men.

In response to Stomp media inquiries, police reported that they were reported about a disease case at 10.48am.

Two men, 16 and 25 were arrested in relation to the case.