The Croats caused a sensation, the Montenegrins stumbled in the finish 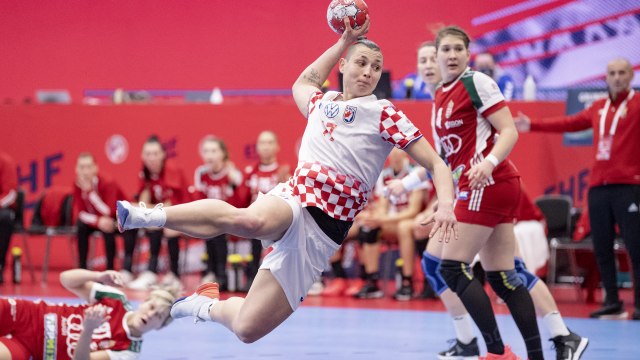 Croatian handball players prepared a sensation at the start of the European Championship in the group that includes Serbia.

The Croats, who arrived in Denmark devastated by injuries and coronavirus, defeated the favored Hungary 24:22.

In a draw, Nenad Šoštarić’s team reached a valiant victory, which could mean a place in the second round of the competition, thanks to a quieter and more precise match in the final 13 minutes, where the Hungarians went in with a goal advantage (19:18) .

A series of 5: 0 Croatian handball players followed, and they earned a decisive four-goal advantage.

In that final, Blažević and Debelić scored two goals each, while Kalaus and Ježić scored one goal each.

The group’s second match between Serbia and the Netherlands was postponed for Saturday at 20.30 due to two cases of coronavirus in our team.

Montenegrin handball players lost to France 24:23 at the start of the European Championship in Group A.

The “Lionesses” controlled the result until the 52nd minute, when France turned around and held the advantage until the end.

The most efficient in the Montenegrin team were Jovanka Radičević and Majda Mehmedović with five goals each, three scored by Ema Ramusović, Đurđina Jauković and Jelena Despotović.

The “Lions” will play their second match in the championship on Sunday against Denmark at 20:30.

Denmark was led by Ostergard Jansen, Pedersen and Jorgensen with five goals each, also with four assists.