"Napoli has declared to me dead, the director beat and destroys the doctor's career" 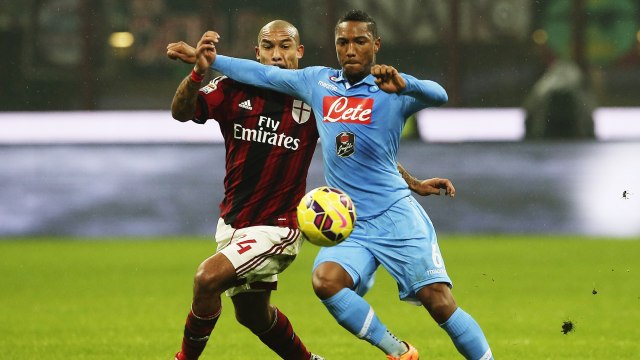 Jonathan De Guzman shocked the story of all the story that his doctor in Naples defeated his career, he had been beaten with the club's director and was "dead". 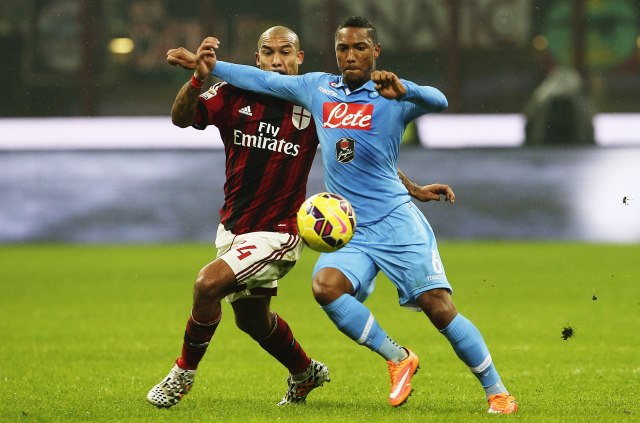 In March 2015, he began to feel a strange pain in the abdomen. He went to Alfons De Nicholas, then a club doctor, and was abolished by carbohydrates and he was put to rest.

The Rafa Heads of Instructors told us he had to go with another doctor, but he put the club off because De Nikola had the power to decide.

Although the player did not feel well, De Nikola said he was ready to train and released at court, and at that time Mauricio Sari and sports director arrived new Cristiano Đuntoli to the club.

"I'm a player running 10km in the game, but if I only run six, half of the strength, then the trainer will not want me in the team. Napoli Believes I've been hurt, I can walk and run, but I can not get around I thought I needed to think that I was inventing it and that everything was in my head, and I often wanted it; I said I started to suspect my signs sent by my body. He was ill, says De Guzman in an interview with the Dutch Voltskskrant South.

At the end of August's transition, he discussed with Bournemouth and Sunderland, but he first wanted to restore in Naples, so he went. Therefore, he agreed with managers in the Netherlands.

The Ten Commandment he received in the club was not the same as 1 September and was angry because he still saw De Guzman who was previously said that he will not play.

"I was in the dressing room, he called me as" go * or "to get lost in the player's living room, said that I had promised to leave, although I did not do it. Suddenly I hit him face to fight, we are chasing the chairs, then my fellow Kamil Zuniga team joined and shared. He told me to get things together and go home " says De Guzman.

As he went home, he met a club doctor who asked him what he had done.

"I'm not ready for you"De Guzman replied, and then the fitness coach said he could not run around the complex.

"I tried to call Aurelius De Laurentis, president, but there was no answer." Edoardo De Laurentis, his son, came to me and told me, "You're not going anywhere, you're staying here and you're dead." I thought I was completely losing. they did not help me. If they were trying, the club would punish them. "I wanted to train individually, but where will I go? Everyone knows the players in Naples" says the Dutchman.

Only a few months later he was allowed to go to another doctor, Mengia, who found that she had a sports hernia and suggested surgery, which the club's doctor refused again.

The football player and manager went to Denmark after that after a third opinion.

"Ten minutes! It took ten minutes to realize it was hernia and I needed surgery." But De Nich said again that no one believed in a surgical option and that he did not claim that he did not want to be the one who would spoil my career ", De Guzman complains.

It was only when he crossed the Carpathians that he had the green light to do the Munich campaign. After six months of inactivity to the operation, his body was weak, and injuries began to settle in.

"I returned to Naples in 2016 and Sari said that I had to prove myself, he's a good trainer, it's now showing Chelsea now. Everything in Naples was excellent, by the fans to The training center, all but a few people, hard work, I understand, but such treatment is unfair, " says the Dutch football.

After another loan in Kjevo, he went to Germany where he now plays with three Serbs, Luka Jovic, Mijat Gacinovic and Filip Kostic.

With a German team he won the German Cup.

"Napoli was a dark episode and I want to leave this conversation back. I love this game, otherwise, I would not have been running for about six months with a vacancy training center at the age of 28. There's a player which has completely broken, you do not see what's a player that does not play, no one is interested in. Clubs have their longer way from communicate with a player and now my turn is " De Guzman came to the conclusion.

From 2014 to 2017, he was a Napoli player, but spent a part of his time at Kjevo and Carpi on a loan. He played only 36 competing appearances that scored seven goals and three goals in the team's Napoli team. There was no answer to De Voltskskrant from Naples