He replaced Hamilton and was the fastest 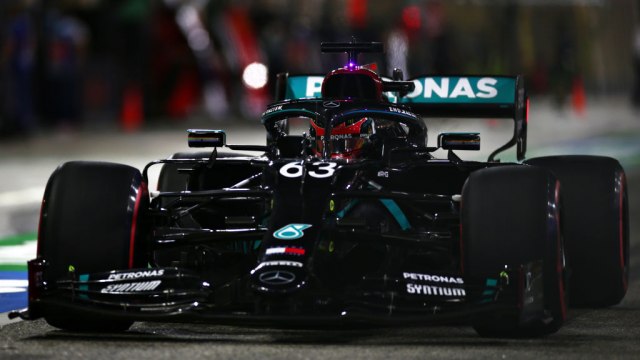 Mercedes driver George Russell was the fastest at the first training session today ahead of a Formula 1 race in Bahrain for the “Sakir Grand Prix”.

The young Briton, who usually drives for Williams, drove a Mercedes W11 car for the first time today.

Red Bull driver Max Verstappen took second place with a result of 54.722 seconds, while third was teammate Alexander Albon with 54.811.

Fourth place was taken by Valteri Botas of Mercedes (54,866). He was followed by Alpha Tauri drivers Danil Kwiat and Pierre Gasley.

Esteban Ocon of Reno was seventh, followed by Ferrari driver Sebastian Vettel, ninth place was taken by Daniel Ricardo of Reno, and 10th was Charles Leclerc of Ferrari.

Jack Aitken, who replaced Russell in Williams, and Pietro Fitipaldi, who replaced Roman Grosjean in Hass, who had a terrible accident last week and died of burns on his hands, made his first appearance in Formula 1 tonight. Fitipaldi was 19th and Aitken was 20th.

The “Sakir Grand Prix” is run on the track surrounding the main track in Bahrain, where the race for the Bahrain Grand Prix was held last week.

This outer track has never been used in international races before, and the laps on it are shorter, so better results are achieved.

This is the first time since 1974 that one lap in Formula 1 has been run in less than one minute.