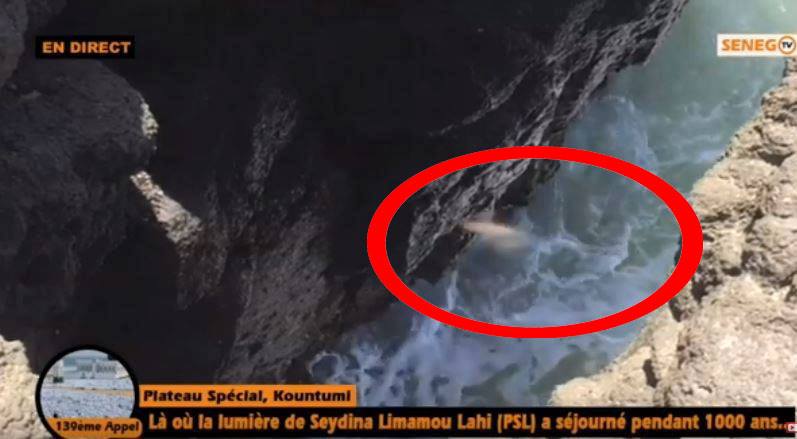 Ngor Cave (Khountmi) was an event venue that will ignite the debate for a long time. A bright white light of a cracked wave rose in two rocks. On each bear he was engraved in Arabic letters, the name of Allah. Miracles of tv senego cameras have immortalized.

As part of Seydina Limamou Laye's 139th appeal, the Senego team went to "Khoutami" for a live broadcast. In a full film, bright white light shared the waves to fall on a rock, which broke into two parts. Suela was given a face from each part engraved in the name Allah in Arabic letters.

The miracle came at this moment when the guardian of the place explained the 1000-year stay, which made light Seydina Limamu Lahi Al Mahdi (PSL), before exposing herself to the humanity.