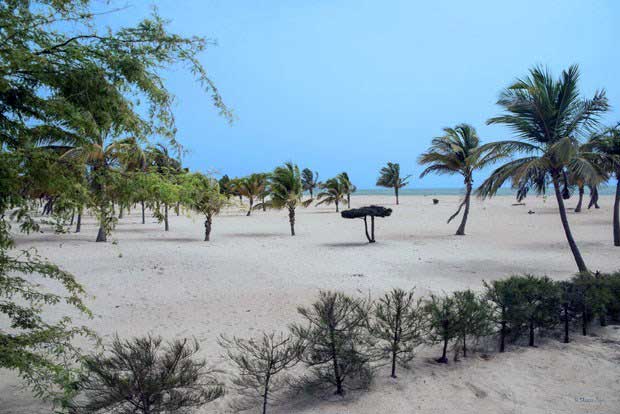 The Minister for Tourism and Air Transport, Alioune Sarr, announced yesterday that the Sarène Point hotel building will start in June.

Hotel construction in Pointe-Sarene's integrated tourism area, located in the Marine section, will begin in June, yesterday announced the Minister for Tourism and Air Transport, Alioune Sarr.
"I noted with satisfaction that there are a number of promoters who will start hotel work that will be delivered in 2020," he said during a visit to consider the development of integrated tourist areas of Point-Sarène and Mbodiène.
The Minister also announced that 500 of the first seafront rooms of the Petite-Côte seafront are in the future.
The government will be "very vigilant" on the delivery of these deadlines, as important events will be held in Senegal, says Sarr, noting the World Water Summit, the Young Olympic Games, the China Africa Summit, and etc
"These investors, who will not accept the deadlines, will be applying what is provided in the specifications, that is, terminating the agreement," warned Alioune Sarr, in the presence of a delegation including the Function of the Department of Marine , Saër Ndao, Director General of Coastal Development and Promotion and Tourism Areas (Sapco), Aliou Sow, and so on.
"Tourism plays a very important role in the government's goal of making Senegal a first-class tourism reference zone. It was important for us to see for themselves the progress of the work," said Sarr.
The Minister for Tourism and Air Transport took the opportunity to check the tourism potential of this area which is located in the center of the Petite-Côte.
"In Pointe-Sarène, we saw that there were areas to develop on the tourists," he argued, emphasizing in particular the "lack of tourism supply" facing Senegal, which has ambitions to make the country an “international tourist reference”.
The integrated tourist area which aims to create a new seaside resort at Sarène Point is an area of ​​110 hectares, an extension of the seaside town of Saly-Portudal and we are trying to develop the capacity. in tourist accommodation.
In the field, the first champions are already in the process of completing the feasibility studies.
In terms of achievements, it will involve the establishment of luxury villas, a shopping center with restaurants, shops, tourist services. It is also planned to establish a beach area, forest area for the development of theme parks.
A private investment has been designed to build 1600 rooms with 5 blocks of buildings, blocks that will have to be built on areas whose area is between 5 and 10 hectares per block, to respond to trends. market.
APS