The refrigerated truck’s carrier explains the circumstances and claims he was the victim of a theft. 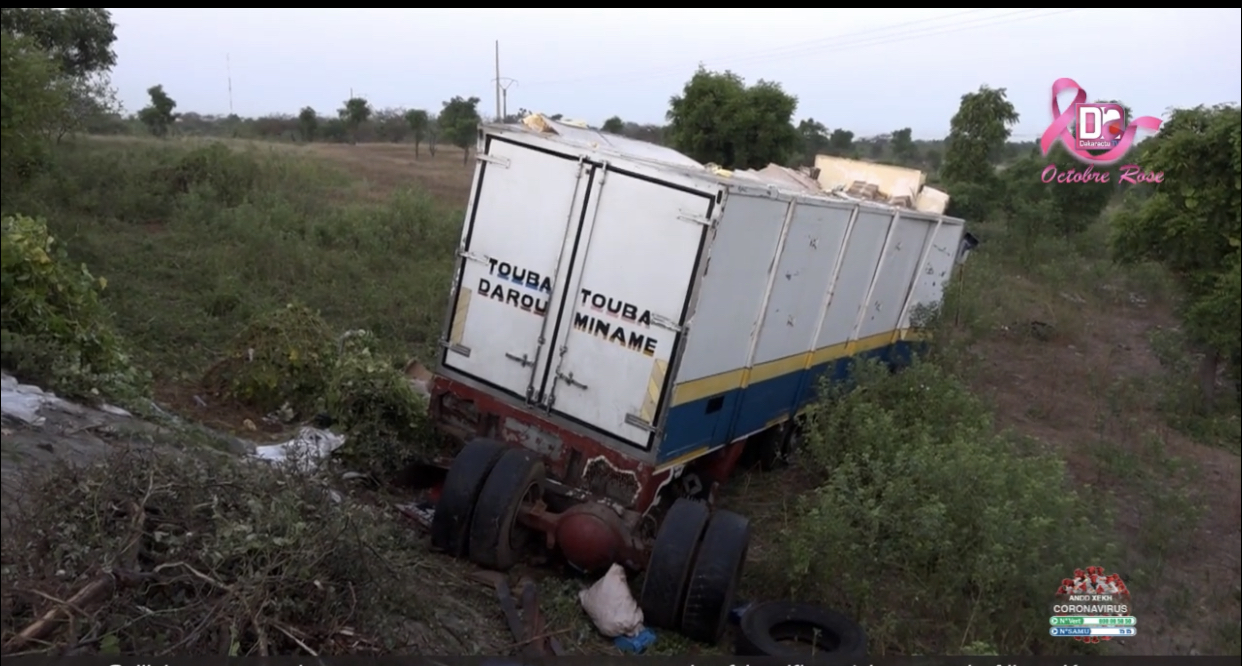 On October 29, at about 1 am, a rare accident of violence occurred at a Pout exit in the area commonly known as “Allou Kagne”. A refrigerated truck that came from Rosso and an intercity bus traveling in the opposite direction collided. And, at least 16 people were killed at once. A drama that moves a whole country, given the number of victims. The accident was allegedly caused by the unauthorized overturning of the refrigerated truck traveling in the direction of Thiès-Dakar. Version how ever the truck carrier challenges it.

By telephone from Dakaractu, Kh. F., who has just left the hospital, notes that it all started with the removal of two “private” vehicles that were behind the refrigerator truck and delivery bus, on either side. “The vehicle behind us tried to pass. But, when we passed, he found himself face to face with the bus. So the driver stopped. And not to hit him directly until the truck driver overtook him, ”says Kh. F. who was between the driver and the apprentice driver at the time of the incident.
Following this collision, the bus left the road to hit a tree on the side. While the refrigerator truck finds itself in the background.

“I saw everything that was happening. And I can assure you that the driver of the truck did not deliberately commit a crime, ”swore our interconnector who went off with a few scratches. “I was the one who pulled the truck driver out of his seat since he was a bit stuck. I also cut the wires to stop the car exploding, ”Kh adds. F.

What about the driver and his apprentice? He informs that they are currently at Thiès regional hospital where they are being cared for. Their days are not in danger. When asked not to be subject to prosecution, Kh. F. points out that the driver of the truck is rather in the eyes of the gendarmerie. That awaits, undoubtedly, the discharge from hospital for custody.

The carrier of the refrigerated truck also claims to have been a victim of theft during this crash. Kh. Fall says he lost an iPhone 11 and 800,000 francs. He suspects a viewer that he stole the branded phone after the accident.

Towards a ELENE BOURGEOISE vs ELITE SAN LEANDRO duel?

Mansour Sy Djamil: “I have never heard so much insult since I have been in the Assembly …”