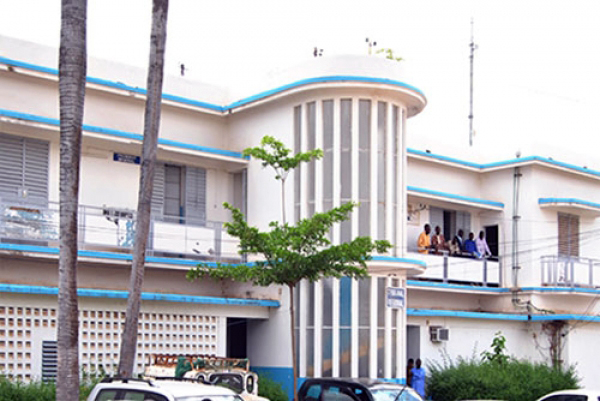 After following different stages, participation in illegal collection, with violence and assault on people, and the destruction of property, Jacques César Diatta and Papa Latyr were guilty guilty and sentenced to a temporary sentence of 3 months .

Jacques César Diatta and Phape Latyr Ndiaye, arrested following conflicts, last Monday between the residents of Alioune Diop University of Bambey (Uadb) and some Agricultural and Rural Training Organization (Below), were sentenced to 3 months after & # 39; to stop. Having awarded a delicate flagrante by the Diourbel Class Court, both in the second year of the law were UADB convicted of taking part in illegal collection, with violence and assaulting people, and destroying property. This is a warning sentence. It should be noted that Mr Diatta was the police car scanner of the Police Commissioner of Bambey. The second is guilty of attacking the police breaker.
In front of the bar, Jacques César Diatta refused to take part in this conflict. He said, "When I heard the noise, I went out to find out what was happening. When the police vehicle approached, we were scanned and thrown in the vehicle. Personally, I never ate at the Isfar restaurant. but I followed the crowd. I am not the only one who has thrown rocks and I do not know if it's a mineral that hit the vehicle or not. I have never imagined throwing a stone on a lesser vehicle on the police. "Regarding Pape Latyr Ndiaye, he does not refuse to take part in a stone throw. "I was in the crowd, but I did not notice any delegates because I was behind. I did not testify to throw stones. An agent told me as the author who injured the officer. repeat it, I will not be part of it. "
On his behalf, Birane Guèye, a 14-month-old service officer at the Bambey Urban Commissariat, upper lip level bandages, recalled that on Sunday night, that only 4 elements were trying to include the conflict until 2 hours. "I do not know who of them and throw me the stone," he said. For example, the Office of the Public Prosecutor has indicated that the provisions of Article 98 must be examined in relation to unauthorized displays. "Students' status does not give you the right to do anything. These are actions that must be banned. They tried to rescue themselves in the bar, so maybe it would not happen if they were aware of it early, "said the prosecutor. So he was asking for a warning sentence to them. The defense lawyer said, for his part, that the police had broken university franchises by entering the social campus. "Mr the judge, that is your decision that will help to calm down so that the contrast between students can be contrasted", asks me Assane Dioma Ndiaye, estimating that there are limits not to cross. And, he says, students and law enforcement are condemned to live with each other. Here are society facts that must be overcome. "It's not a strike, but a wedding was not accepted. It was intended not to attack the police, and without it could be dramatic," he said.