"Diabetic people must break the fast when they feel ill" 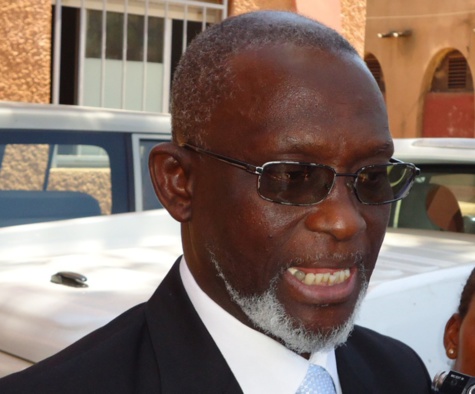 "We sensed our patients 15 days before Ramadan by messages, asking them to break quickly when they felt ill. This avoids possible risks during the Ramadan period," he said.

Pr Diop argued that this approach also sought to encourage diabetics to check their blood sugar levels and blood glucose levels twice a day on a regular basis.

Our role as a doctor is to tell our patients that, given the current state of their diabetes, they cannot accelerate, but some of them do not follow the guidelines;

He advised people with diabetes that their sugar level was not controlled, to accelerate, if they had complications three months before Ramadan.

"If diabetics have complications in the heart, kidneys or have a child, we are not advising them to speed up," said Pr Diop, former director of Marc Sankalé's center at Abbas Ndao Hospital. Dakar.

According to him, not only is fasting being banned for people with diabetes who are facing high risk, but also for those who represent medium risk. "Those with a sugar level above 2.50g just before Ramadan do not have to speed up either," he said.

However, he said that people with diabetes who have an imbalance in their disease, can catch up with Ramadan, once the sugar level stabilizes.

"Diabetic people among them do not take insulin. For them, we ask quickly when recommending a lot of water, one liter in the morning and another with the night," he said.

"The diabetic doesn't run enough risk, when it wants to speed up, it's called to drink no more than three dates, because, it's not able to harm it." health if it has a good life hygiene, "says the expert.

He explained that he recommended that patients take two dates for the break and one in the morning, before starting the fast.

Whatever the life stage, sugar is prohibited to the diabetic. All the sugar to be banned before, during or after Ramadan, "he said. He noted that this remains an obligation that they must respect, if they want to be in good health t .

"Diabetes is a long-term race. This disease is not a problem the day as it is not cured, it's stabilized, 'he said, emphasizing the importance of t respect the diet.

The fruits that are often at the bottom of the increase in sugar levels should also be used moderately, again t

So, he added, it is recommended that diabetic people during this period eat two fruits a day to prevent the increase in sugar.