Abdourahmane Baldé, the Doura alias of the Kolda upright movement, offers 6,000 school kits to vulnerable tiers and lists them at the CMU. 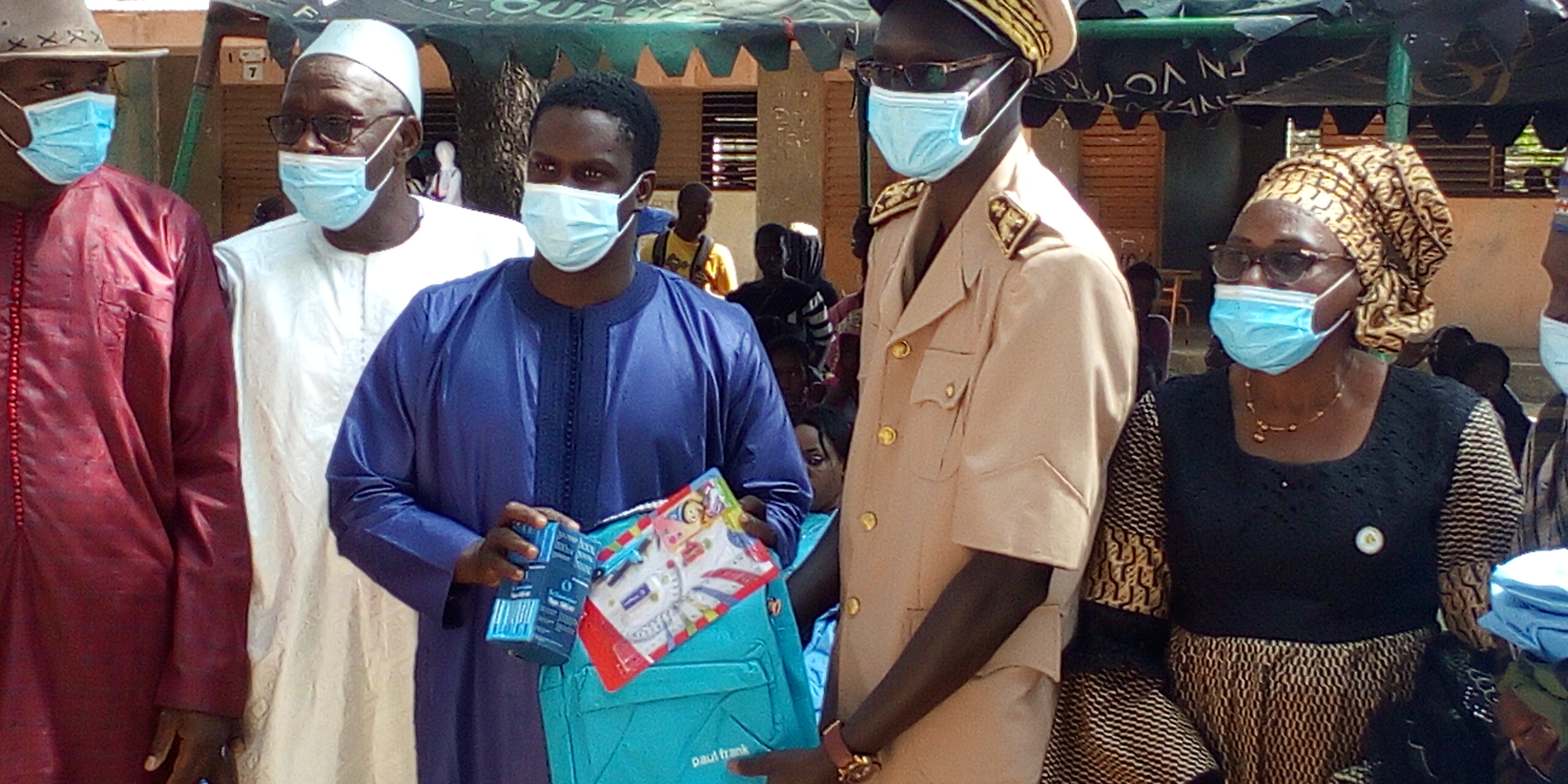 The second edition of the fight against leaving schools in Kolda was launched by the Kolda upright movement (MKD) this Saturday, December 05 at CEM 1. In support of vulnerable students, the organization has put 6000 school kits on the table in order to raise the level of the latter.

Through this gesture, the movement comes under the dartelage of its president Abdourahmane Baldé alias Doura, to the bedside of orphaned students and those whose parents are vulnerable. With this noble act, the Kolda Standing (MKD) movement brings relief to parents in these times of crisis associated with Covid-19. On this occasion, students were offered school kits containing notebooks, geometric material, pens and backpacks. With the icing on the cake, the beneficiaries will automatically be registered with universal health coverage. But, the movement does not intend to stop there as it intends to expand its activities throughout the department or even the region to the great happiness of the populations; Moreover, Abdourahmane Baldé is more and more popular with the populace to present his candidacy for Kolda mayor.

Speaking, he expressed his satisfaction with the ceremony: “in my capacity as president of the Kolda upright movement, I thank all the administrative and local authorities who came for the launch of this second edition of school kits. They continue to encourage us by asking us to fight alongside the State against leaving school. This opportunity offered to us allows us to support orphans and those whose parents are vulnerable. Therefore, we participate in the nation-building effort. We also plan to enroll beneficiaries in a general health scope to allow them to thrive in the same way as other children. By taking this gesture, we are aware that we are relieving parents who are undoubtedly affected by the Covid-19 crisis. ”

In the process, it will launch a lively appeal to the authorities and other goodwill to do the same for the development of their area. As for this title, it states: “the Kolda development that drives me …”

These school kits became operational on time, as evidenced by the radiant faces of the many parents who came to accompany their children to collect their gift …