Will Mohammed Salah repeat the Congo game after Messi's shock? 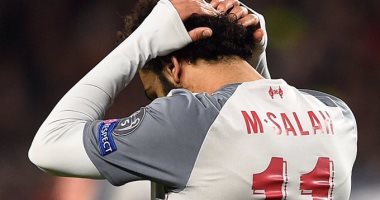 "What 's like the night before yesterday". TA clause we can call in is Mohamed Salah, Egyptian star and the English Liverpool club, after Lionel Messi' s success in scoring Barcelona 's second goal, in the game who brought the two teams last Wednesday in Camp Nou, In the “go” semi-final in the Champions League, which ended with the triumph of Barcelona three clean.

Mohammed Salah was clearly angry, but he urged his colleagues quickly to say, "Come on the guys, the meeting is still available to us," in a snapshot that drew attention English press.

This blow came to remember the difficult times that Mohamed Salah experienced in the Egyptian match with the Congo Brazzaville, held at the Burj Al Arab stadium in the 2018 World Cup heats held. in Egypt.

Mohamed Salah scored two goals in the Egyptian 2-1 victory over Congo Brazzaville to reach the 2018 World Cup after a long absence.

Mohamed Salah was in a state of hysteria when Congo scored the equalizer in the 87 minutes. Their frustration before they could score Egypt's second goal and the World Cup goal.

The question remains, Mohammed Salah will succeed in responding to Liverpool-led Barcelona to rise to the Champions League final, just as he did against Congo Brazzaville and lead the Egyptian team to the World Cup in Russia. ?