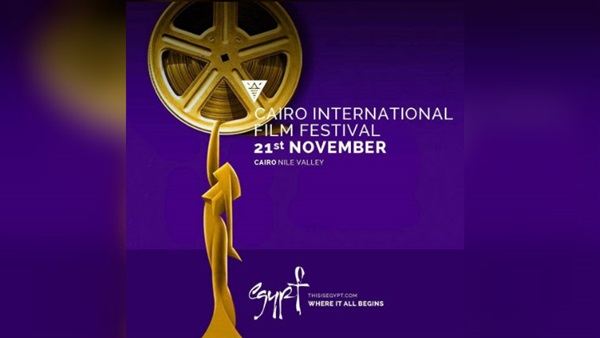 Dr. Rania Al Mashat, Minister of Tourism, will be taking part in the opening ceremony in the 40th session of the Cairo International Film Festival, held at the Egyptian Grand Opera House Theater.

The Ministry of Tourism is keen to support film holidays, especially the Cairo Film Festival, where the cinema industry is one of the soft power tools that contribute to Egyptian propaganda and in light of the efforts of the Ministry to create the Egyptian recreation agenda throughout the year through the existence of international events and holidays at certain times, the Ministry is taking part in the Egyptian General Authority for Tourism Activism in the 40th session of the Cairo International Film Festival.

HE Ahmed Youssef, Chairman of the Authority, emphasized the importance of the Cairo Film Festival, which is the only Middle East festival recognized by the International Producers Federation in Paris and has its role and has a position among international festivals for its national and international status high.

The hosting of some international international stars to the festival honor also contributes to the promotion and marketing of Egypt and the establishment of such festivals will contribute to raising awareness of the importance of culture and art in societies and the creation of communication bridges between people.

He added that the Authority will make every effort to take advantage of this festival in a significant way to throw more light on Egyptian tourist cities, adding that it is a propaganda film for Egypt, and will be officially filtered "Bromo" the festival.

He added that the Authority will also organize a tourist program for the guests of the overseas festival, especially those who have never visited Egypt, and will have interviews with them to talk about their experience in Egypt, and These short videos are published on the Authority's website to become ambassadors of Egyptian tourism in their country.

It is worth noting that more than 63 countries from around the world attend the festival, and its activities are widely embedded at an international and local level.

Many international artists and stars, including Pavel Lungin, Russian actor Ksenia RappoportK, and the honorary festival of the festival, will be taking part in the best French actor at Cannes 2016. Sami Bouajila

The festival includes a special ceremony to highlight Russian cinemas and senior directors over the past decades.