The Arab world is waiting for the US elections again 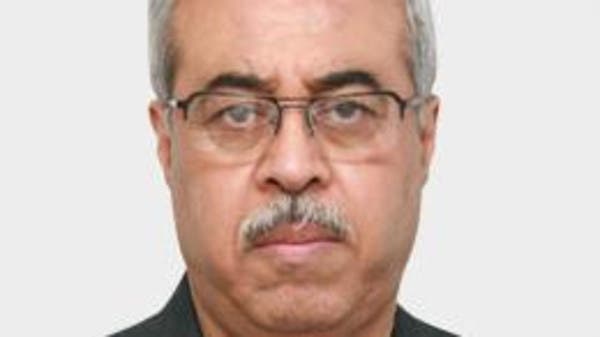 The Arab world is, as usual, waiting for the results of the American elections, which will take place in three weeks, in the hope that this will make a difference in the policies pursued by the strongest, richest and most able country in the world, in terms of its many, diverse and deep issues and problems.

As usual, the result of those elections, whether in favor of a second term from Republican candidate Donald Trump, or in favor of Democrat Democratic presidential candidate Joe Biden, will not, of course, make much difference in the meaning that this will not change much in US foreign policy in practice. , And that the difference will be in the tone alone, or in the diplomatic behavior, from broad and direct policy to soft and deviant policy.

What is perhaps here to realize is that continuity characterizes the foreign policy of the United States of America, as it is the institutions, lobbies and decision-making centers that make that policy, with a smaller role to President, and this applies to Middle East issues, particularly Palestinian, Syrian, and Iranian presence in the region. The interests of the United States are represented as a country, while the president (and his party) have more scope to make domestic policies and decisions, that is, where the direct interests of American voters are, which prioritize domestic issues and their conditions living (taxes, health, education, work, infrastructure) are represented.

So we can notice that Trump’s policies were not very different from those of his predecessor Obama, especially in Palestinian and Syrian affairs, I mean in practice, while Barack Obama is more gentle and understanding, but only in theory. In fact, the policies pursued by President Obama disappointed many, political regimes and movements, especially with regard to the silence over the Syrian regime and the apathy of the Syrian tragedy, and the pressure on Israel over the rights of the Palestinians, and Iranian influence in the Arab region. However, this disappointment and the resulting trauma depends on a brief and partial reading of US policy, as if this were a normal country and not a power, or as if it were operating in accordance with the wishes and interests of this or that party, or as if its motive was based on some political, moral or ideological constants.

The story is illustrated by the fact that many of us think about politics with their emotions, aspirations, interests, and mindset, meaning that they do not think of it from the perspective of other countries, that is, their vision of themselves and their interests, and this is true of the policy pursued by the Obama administration, whether we like it or not.

On the other hand, they believe that the Arab countries have something to press the United States to push towards adopting policies that are compatible with Arab interests, in this or that issue, although this is not indeed, since the United States is the one with the weight and power cards, especially since. His experience confirms that whatever the countries involved will not be able to deviate from their willingness and dependence on them, especially in the economic, technological and security spheres, which explains difficulty political separation from them.

In addition, some believe that American policy is set on the same standards that occur in the Arab world, where the president is the one who decides everything, from policies and options.

There is no doubt that the Middle East policies of the Obama administration were very disappointing, as he transferred Iraq to Iran, after her withdrawal, and seemed to facilitate it to increase its influence from Yemen to Lebanon, through Iraq and Syria. This is on the one hand. On the other hand, this administration refrained from taking any action to halt the deterioration of the situation in Syria. Instead, it allowed the regime to continue killing and destroying it, and then forcing it into Russia. On top of these two, he distanced himself from any pressure on Israel that would lead to fair rights for the Palestinians, and even swallowed all his talk of freezing a settlement.

But what is supposed to be understood here, too, is that the United States behaves this way based on its understanding of its interests as a superpower, it no longer cares who directly controls this region (not Russia, Turkey, Israel, or Iran), as long as this maintains its position and protects its interests, Does not affect its security, especially with changing interests towards South East Asia, and its increasing dependence on its oil and gas reserves.

Perhaps this explains the fact that during the Trump era, the US administration has been watching the dilemmas of everyone, Russia, Iran and Turkey, and has been working on their depletion and depletion knocking them together, and it’s not just running back, but playing and punishing and not managing conflict or crisis, but as an investment in them. With her awareness of her ability to control, and her possession of the strength cards, she is the one who decides when and when.

Nevertheless, we should identify two important and dangerous routes. The first is the destruction of the Arab East and the break-up of its societies, especially Iraq and Syria. The second is to ensure Israel’s security and stability for decades, and the United States is not innocent, nor any more, with our governments responsible for everything that happens to us and those around us.

Therefore, anyone waiting for something new, in practice, will find it, no matter who will reside in the American White House, for the next four years, whether it’s Trump or ‘ n Biden.

Warning:
All published articles represent the views of its authors only.