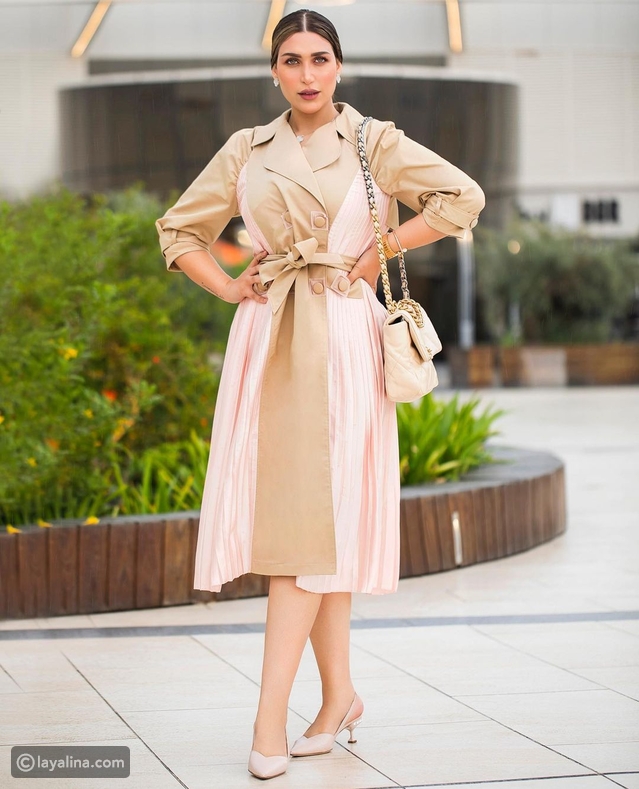 Dr. Kholoud her followers with her first photos after leaving the plastic surgery, where she posted a group of photos, in her personal account on Instagram, where she appeared shocking, and Kuwaiti fashionistas and celebrity social media sites revealed details of the operation she had undergone. 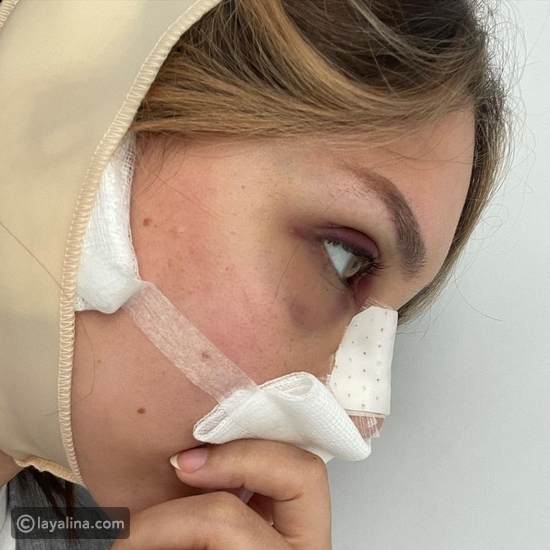 And Dr. appeared. Kholoud in the photos he published with a face wrapped in gauze, but some photos showed clear swelling in the eyes, along with a clear blue color change of the blush, so that a Snapchat socialite commented on this as a result of what she was exposed to during the surgery, and that it was a natural effect. 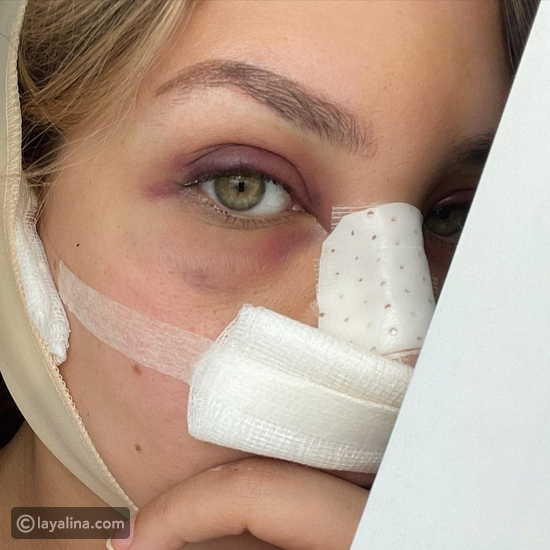 Dr. wrote Kholoud commented on the pictures: “I’m fine, thank you all who come to me and ask for me, thank you for your fear, love, and good prayers. There is no pain or anything. Praise God, but my eyes are open and my ears and hand are sore because they have taken cartilage from them. I’m fine, but the swelling has lessened. I tell you the new look .. Sweet purple shade here, but it suits any lining. I wanted to reassure and thank you. “

In the past few days, Dr. Kholoud to her followers that after having a corona virus swab, she would undergo cosmetic surgery on the nose and nose, which prompted controversy over the swab’s relationship to cosmetic surgery, as she explained that she discovered during the cervix that need plastic surgery on the nose, as well as the mouth. : “I broke the fear in me and wore make-up. I was led because I was going to do a cervix. It was my first time doing a cervix. I saw people who were scared and I got scared No fear, God willing. “ 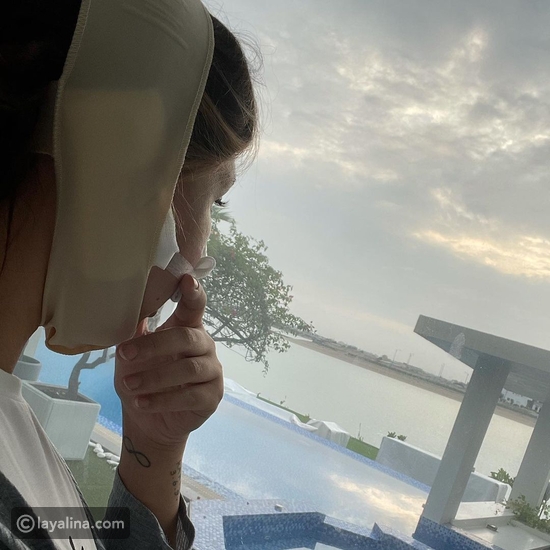 And he added in a video he directed to his followers: “A beauty tax, the nose, and the new sash, the sound will become normal, because the fleshy flesh is also going to be modified. Not only will it become a new nose, but also a new voice, and because of natural beauty and breathing, I will bear .. and what results will happen after the operation. My voice will change for the better, I will not use much make-up and my skin will be better. “

And Dr. Kholoud posted a photo of her before going into the plastic surgery, asking her followers to pray, so that another picture of her would be circulated after leaving the surgery with her face wrapped in gauze, to raise the concern of her followers about the results of the operation.

After the recent Snapchat update, the celebrity application revealed the number of real followers and occupied Snapchat tops, and the Kuwaiti fascist was at the top of the list of top celebrities, so that Dr. Kholoud surpasses Justin Bieber, an R&B singer and international pop. Millions versus 8 million to the American singer.

Dr. Kholoud took her position on the throne of social networking sites in her own way, where she appeared to her followers in a fine wedding dress and called herself the title of Snap bride, and at the beginning of the video reviewed the distinctive details of the dress, made from the best types of lace and decorated with Swarovski crystals next to the original pearl beads, the dress was designed by chayati fancy dresses.

Dr. Kholoud argued with her appearance, as she appeared with a colorful bouquet of flowers with a distinctive crown to be the bride with all the meaning of the word and commented on the pictures saying she had lost the bride’s look with all the details she drew and she added that this look has brought back her many beautiful memories of her wedding in particular and that She loves the bride’s wedding looks and dresses and makes her feel happy.

With this update, the new Snapchat update put celebrities in social networking sites in an embarrassing position, after showing the true numbers of their followers, which completely contradicted the published numbers.