Faraj Amer: "From Ritna, we can do Zamalek work" 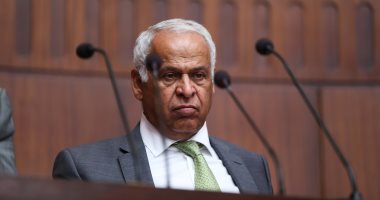 Faraj Amer, Chairman of the Smouha Club, thanked the Zamalek Club for its commitment to bringing overseas referees to the two teams' game in the 27th round of the General Tournament..

Amer wrote through his Twitter account: "Thank you, Zamalek club for hosting foreign referees in their game with Smouha next Wednesday, I would like to have been able to work as a player in most of our last games, especially in the second round of this year's league".

Zamalek is preparing to face Zamalek at 7:00 pm on Wednesday in the game hosted by Petrosport Stadium.

Zamalek is the first place in the league table with 54 points, while Smouha is in the 16th position to join the club in the down turn featuring stars and Annabi.