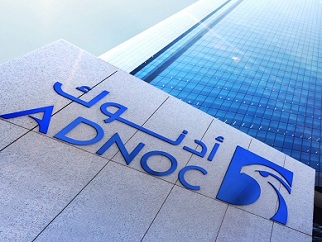 The ADNOC Group will retain 60% of this strategic concession, an important step towards producing 1 billion cubic feet per day from unconventional gas resources by 2030.

This is the first of a type in the region for non-traditional resources and includes a six-to-seven year inspection and evaluation period followed by a 40 year production period.

The partnership between ADNOC and Total covers different areas and aspects of the industry, including exploring, developing and producing oil and gas from offshore and land fields as well as refining, processing and shipping.

Last March, ADNOC took a concession agreement with Total, who received 20% of the Umm Al Shaif and Nasr concession and 5% lower Zakum concession.

According to ADNOC, Total is one of the oldest and most ADNOC international partners. It has been operating in the oil and gas sector in Abu Dhabi since 1939, and by agreeing it on exceptional commercial terms, the project will be able to maximize the value of gas reserves that support our efforts to achieve gas self sufficiency in the Arab Emirates with the potential to become a source.

ADNOC noted that it had received significant attention from new partners that are looking to participate in other areas of non-traditional oil and gas concessions in Abu Dhabi. Discussions with them are ongoing and their results will be published in due course.

The total Thayab gas basin has the potential to compete with North American shaft gas basins, so it adds unique to its exploratory portfolio, Total said. 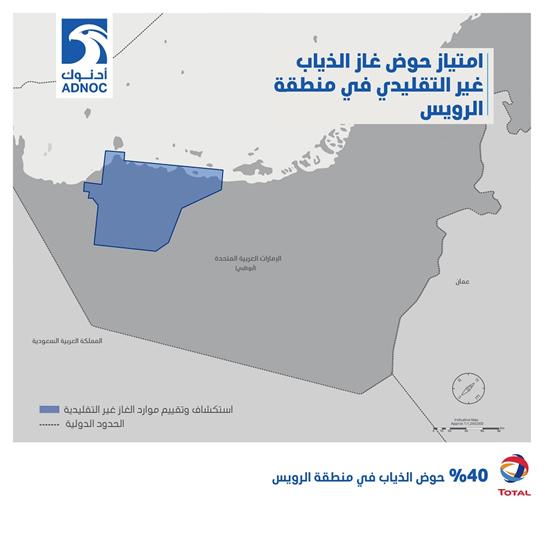 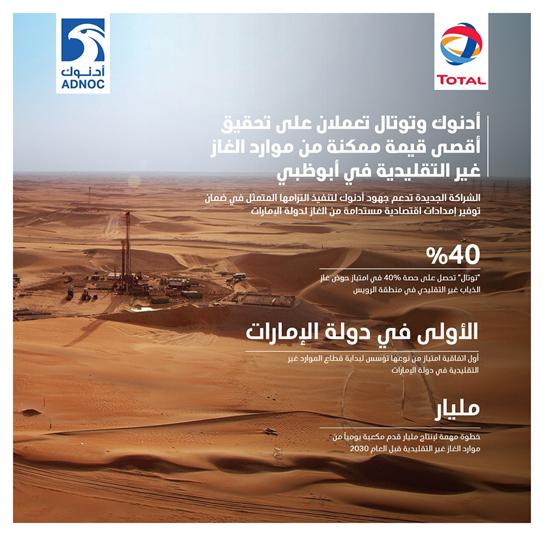