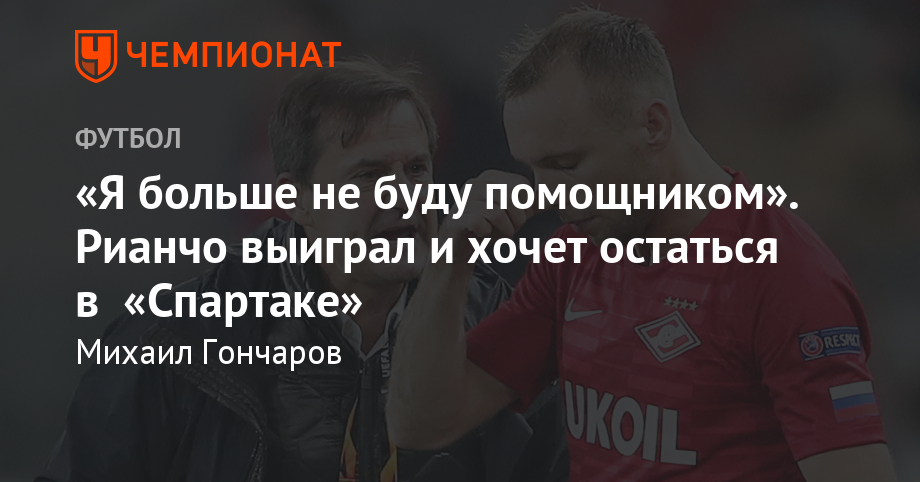 What does not remove from an active red and white head coach – is absolutely charming and very detailed about football and explains the tactical tone. Listening to it is extremely interesting. And after such a victory, for the time being, local success, but still, and also after consistent and sincere answers, the Riancho hall held with approval.

"Today, we were happy with the victory, so the game was really important in itself," he said Raul Riancho. – Soccer players have been hit perfectly, fight for each ball. This game was much tough than it could even appear from outside. We had to recover three times. And I can only approve the men for their efforts. Very proud of the result.

The initial task for today was to push the game away from their gates, to press the opponent as high as possible. When our team was with the ball, we needed to play the attack through the pass. I think we have very good moments in the first half. As well as things that need to be improved. But most importantly: "Spartak" kept the chance of leaving the group. And the sun always goes out!

I would also like to say that this victory for me is very important. I would like to present this victory to my father, who has recently died. I would be very happy and proud of the result. 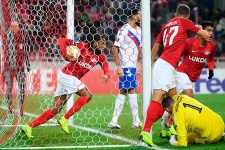 All of the details of the Europa League games "Spartak" – "Rangers".

– Today, the best and seasonal game that Popov spent. What was her game challenge?
– Ivelyn made a great job – in tactical and physical terms. Completed all installations completely. We're living today, "2 in 1" in the assault. Popov also reduced intelligence space, which was also our plans. I do not have any questions to him or other men. After doing well.

– Today, between 4-3-3, appeared to have more freedom than before, often moving to the center, and was not related to their jobs. Was not the original proposal? And why do not we have seen it before?
– It's a shame that there is no tactical board with chips in the hall, but I would have made it clear to you. At 4-3-3, three football players in the ball zone constantly change in the places: extreme back – inside a station – brain. Constantly! When the center back gives a pass in advance, the quarter quarter becomes the hub of extreme fields, the inner middle field is the internal, and the inside the left-hand left quarter. Today, we have this movement better, yes.

You're fine, we did not change the system, but we played in the assault version. In socks, teams should always have three factors: depth, width and player in the center. These factors should always be repeated through the field. One football should always take the width, but at the same time it can change places with a partner and go to the center. Today, this has been repeatedly and I'm very proud.

In general, I would like to talk about football. And I am happy that I'm talking about it today. This is my passion. 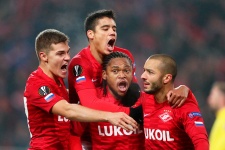 Not a game, but crazy! "Spartak" even won with a yard defense

– If the assaulting team looked shining, then in defense, especially in the first half, something awful happened. Why and why was the leading central Jikia defender left on the second?
– We currently have three central defenders in our team. During the time I worked, Jikia played all the games. It was very important to start the precautions of the defensive line, so we needed a central protector on the right side. We decided which of those on the left should be left to restart. In addition, in the first game in Scotland, they played with two middle left, the competitor concentrated, and the person who started the attacks started his leg, preventing him from performing the transfer. That is why we are choosing two soccer players with different strong legs. I think it works.

In terms of protection generally, of course, there were difficulties that you need to work on. We made many mistakes, especially in relation to the defendant's central exclusions for midfield interventions. But we have time to improve. At least two days.

– After today's success, do you hope to become a permanent pen coach?
– I am working in a club, sacrificing myself for it. Everything depends on Spartak, on his decision. If they say continue, continue. If you're told to leave, I'll pack my hips and go home. But even if I'm going to Spain, it's just with good memories.

– Would you like to wait?
– I'll give you a unique answer: I will never become an assistant again! 35 years worked. In the teams where I worked, for four years we played in the Champions League and four other in the Europa League. It was a great experience that gave me a lot. But today I'll act.

– You were 35 years old to become the lead coach. What were the expectations? And are they justified?
– I never want to be a leading coach from before! All the best coaches I worked with were in my care and my equality was equal. I have always said just what I think and what I see on the field. People liked it or not. Now, as the circumstances are the same, I will continue to work as the lead coach. I do not know where it will be, where a club and a country, but I will continue! Well … If only I'll be Guardiola, the world's largest coach, then I'll be attending as an assistant. I can learn from it.

"I'm not mad!" You said yesterday. Today, the fighting "Spartacus" game is joyfully crazy, in a good way. Understand now the difference between such a winner and a moderate one that won over Anji?
– Very good question. Today, not just football players who take part in the win. This is the "Spartacus" winner – all those involved in the club. Fans who came to the stadium and the team supported. This team, when driven by fans, has overgone with wings. Players start flying across the field. They need the kind of atmosphere we feel today. With such help, they will fly. Cann cant.

You remember how Rangers fans were driving their team in the first game. Today our supporters answer them and also support Spartak adequately. I would like to say again in the previous game in the championship that we were not the worst – just like today we were not the best. We need to continue working.